An ancient gold coin found more than 300 years ago in Transylvania proves that a third century Roman emperor written out of history as a fictional character really did exist, a scientist says.

The coin bearing the name of Sponsian and his portrait was found in Transylvania, then known as Dacia and a remote outpost of the Roman empire, the BBC reported.

Believed to be a fake, it had been locked away in a museum cupboard in the Brukenthal Museum in Sibiu, central Romania.

Scientists now say scratch marks visible under a microscope prove that it was in circulation 2,000 years ago.

Prof Paul Pearson University College London, who led the research, told the BBC, that he was astonished by the discovery.

„What we have found is an emperor. He was a figure thought to have been a fake and written off by the experts.

But Prof Pearson suspected otherwise when he saw photographs of the coin while researching for a book about the history of the Roman empire. He could make out scratches on its surface that he thought might have been produced by the coin being in circulation.

He contacted the Hunterian Museum at Glasgow University where the coin had been kept locked away in a cupboard along with three others from the original hoard, and asked if he could work with the researchers there.

They examined all four coins under a powerful microscope and confirmed in the journal, PLOS 1, that there really were scratches, and the patterns were consistent with them being jingled around in purses.

A chemical analysis also showed that the coins had been buried in soil for hundreds of years, according to Jesper Ericsson, who is the museum’s curator of coins and worked with Prof Pearson on the project.

The researchers believe that he was a military commander who was forced to crown himself as emperor of the most distant and difficult to defend Dacia, a Roman empire province.

Archaeological studies have established that Dacia was cut off from the rest of the Roman empire in around 260 AD. There was a pandemic, civil war and the empire was fragmenting.

This theory would explain why the coins are unlike those from Rome.

Once the researchers had established that the coins were authentic, and that they had discovered what they believed to be a lost Roman emperor, they alerted researchers at the

The coin at the was among a small hoard discovered in 1713 specialists at the Brukenthal museum had classified their coin as an historic fake, as had everyone else. But they changed their minds when they saw the British research.

The coin was part of the bequest of Baron Samuel von Brukenthal, the Habsburg Governor of Transylvania. The Baron was studying the coin at the time of his death and the story goes that the last thing he did was to write a note saying „genuine”. 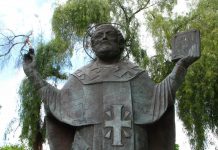 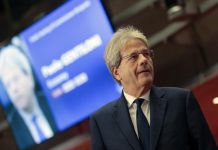 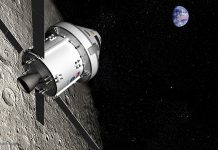