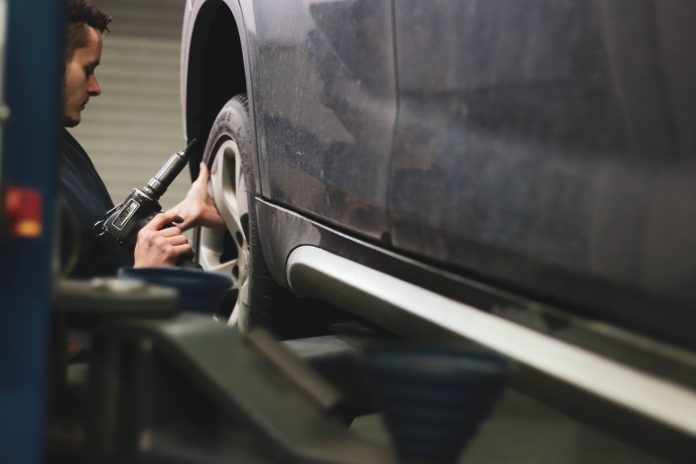 The theft of catalytic converters has rocketed in recent months in Bucharest and gained speed in recent weeks due to groups who specialize in this particular theft, police said.

Police say they have received dozens of reports from motorists who noticed their cars appear to have a broken exhaust pipe and then discover that  thieves have pinched their catalytic converters.

They say they are handling around 20 cases a week.

The car part contains tiny quantities of gold and platinum and is easy to steal which makes it attractive to thieves, Digi24 reported.

Every car comes equipped with the device, which is made with precious metals that transform the vehicle’s toxic emissions into harmless vapors like carbon dioxide.

Thieves can make up to 1,000 euros selling them to auto parts suppliers or scrapyards. Catalytic converters can be melted and the highly valuable metals, like palladium and rhodium, extracted.

One motorist said he got in his car which had been parked outside overnight to go to work and heard a loud noise as if his exhaust pipe was broken.”I took it to be repaired and they noticed my catalytic converter had been stolen.”

Cristian Popa, a journalist at Digi24 said that thieves had stolen the catalytic converter from three cars a week ago “It happened in a few minutes.”

Ciprian Romanescu, a police spokesman, said one reason for the theft was that catalytic converters are easy to sell.

“Most of the thefts have a clear goal. The part is taken off to extract a few grams of gold and platinum.”

Car mechanic called Marius told Digi24. „The point of the catalytic converter is to reduce pollution. Once it’s off the car starts polluting more. Some motorists have to come to get their cars checked thinking they have a broken exhaust pipe when in fact their catalytic converter has been pinched.”

Daniel Paraschiv, a Bucharest police man said a thief kept his tools in a fast food container in the trunk. Police caught the thieves during a nighttime patrol.

Marian Enoiu,  a police officer said. “We noticed a car that was jacked up  and we went up to the car and there was somebody under it and three people next to it.”

Police say it can take only a minute to steal a catalytic converter.

Thieves are often skilled mechanics, police say, speculating that some may have been stealing the parts abroad and then returned to Romania during the pandemic.