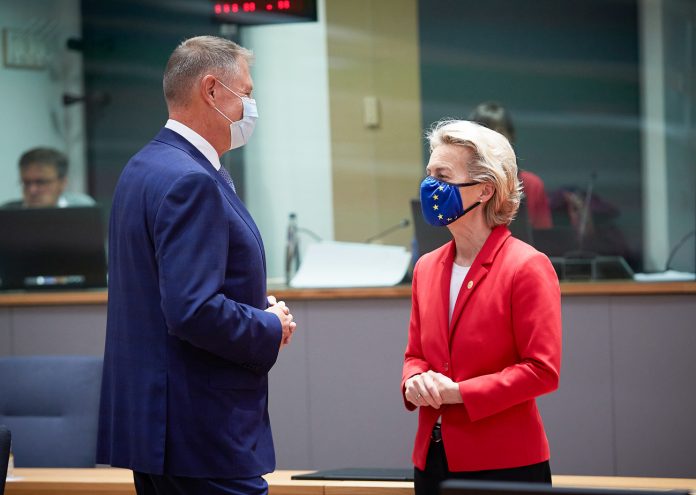 European Commission President Ursula von der Leyen is to travel to Bucharest Monday where she will sign the EU recovery plan which will unlock billions of euros to upgrade Romania’s infrastructure and economy.

“It’s a program of investment and reforms,” he said. Ms Von der Leyen will meet the premier and President Klaus Iohannis during her visit.

The first money_  about  €1.82 billion _will arrive at the end of November or beginning of December, the premier predicted.

With his newly consolidated position, the 49-year-old former banker is trying to woo back a junior centrist party that quit the alliance after their justice minister was fired.

It is unclear what the outcome of his overtures will be. The government still potentially faces a censure motion in Parliament, which it could win as the opposition does not want to come to power during a difficult winter.

After it is signed, Romania’s plan needs to adopted by the European Council which should happen in the next few weeks.

The country stands to  receive a total of €29 billion_ about  €15 billion in soft loans and nearly €14 billion grants to reform key areas.

Romania submitted its plan  of reforms and public investment projects with the support of the Recovery and Resilience Facility (RRF) in May.

It is structured around six pillars: the green transition, digital transformation, smart growth, social and territorial cohesion, health and resilience, and policies for the next generation.

The RRF is designed to play a crucial role in helping Europe emerge stronger from the crisis and securing the green and digital transitions.