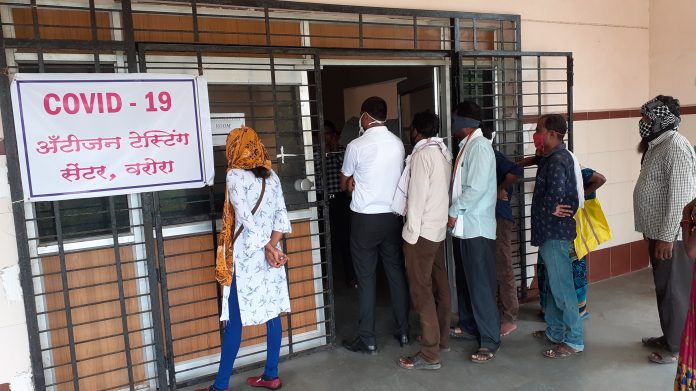 An Indian Covid-19 variant has been detected in a construction worker who arrived in Romania earlier this month, the health ministry said Thursday.

The ministry said lab tests showed the variant isn’t the same one that is believed to be behind a devastating surge of infections and deaths in India. But authorities ordered more tests to verify the initial results.

The Indian strain was confirmed in an Indian who had come to work on a construction site in Colonia Bod, a small town north of the central Romanian city of Brasov.

“We are talking about a group of Indian workers who arrived on April 13. They all had negative tests. One of them wanted to return to India as he had some personal problems and he took a test, “ Andreea Neculau, the  local public health chief told Digi 24.

“Considering where he came from, a lab in Saint Gheorghe was asked to do a test. Everyone he was in contact with was tested and isolated. Out of eight people, five tested positive and are isolated in individual homes, so there’s no risk of transmission,” she said.

She said the lab had asked for further tests to make sure it wasn’t the same one identified by PHE England, which is responsible for the outbreak in India.

The Covid-19 variant that is believed to be behind a devastating surge of infections and deaths in India has been detected in 17 countries worldwide including Belgium, Germany, Ireland, the Netherlands, Switzerland, and the UK

On Tuesday, Romanian authorities said they would send 80 oxygen concentrators and 75 oxygen cylinders and grant humanitarian aid to India. .

Romania has added India to the so-called “yellow list” list of countries with a high number of cases.

Coronavirus cases have fallen in Romania in recent weeks, although the number of deaths remains high. Romania reported 1,850 new cases on Thursday and 138 deaths.