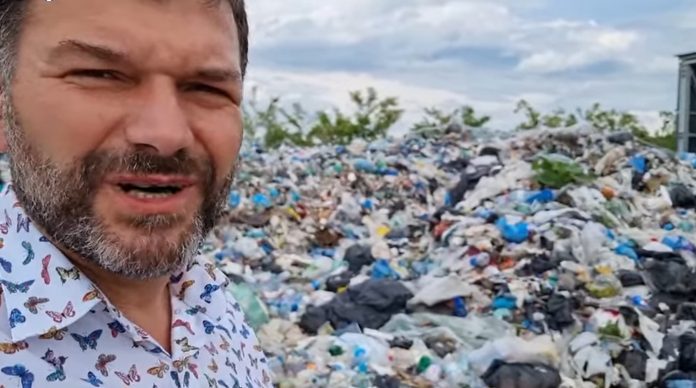 Romania’s environment chief says that tons of garbage have been dumped in southern Romania and local authorities are turning a blind eye to the illegal waste.

Octavian Berceanu, who heads the Environmental Guard, says the illegal dumping is happening in villages in Prahova county and local environment officials have failed to stop it.

„Authorities do nothing, even if they hand out fines. Even if we go ahead and and say we will suspend activity there, nothing happens there”, the official told Digi24 late Tuesday.

It was the latest case of illegal waste being dumped around Romania. The Liberal-led coalition government has focused on pollution that is caused by illegal dumping at various sites which poses an environmental hazard.

The environment chief was speaking after “mountains of garbage” were discovered near the town of Urlați. Instead of being a waster transfer station, it was a garbage dump, he said.

While he was visiting the place, a man tossed rubbish into a ditch. Asked why, the man said local authorities encouraged him to do so.

The waste transfer station should have sorted the garbage, but in fact the waste was dumped about 300 meters away, Octavian Berceanu said.

“It was buried there in a field with a thin layer of sand covering it. Local mayors found out that I was going to be in the area,” he said, suggesting they’d tried to hide what was going on.

“I even caught and filmed a truck that came to pour sand over the waste,” he said. He called the emergency services but they didn’t respond.

“ I wanted the police to come and stop that truck.”

He said the truck was dumping waste into a landfill that was 12 meters deep and there were even plans to build a road over it.

“They thought of making a road over waste. But you can’t build over 10 meters of waste, everything collapses. It is total ignorance what is happening here in this place.”