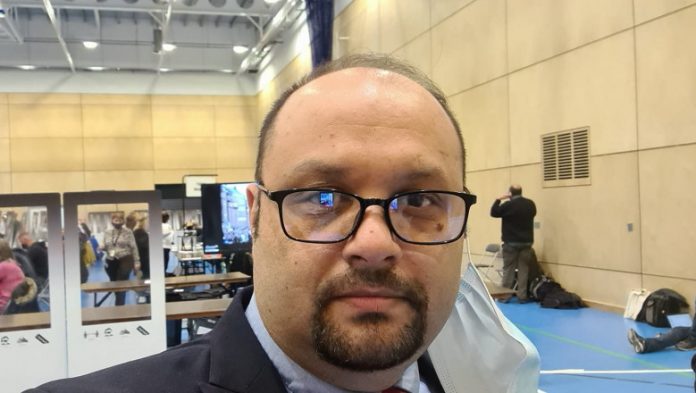 A Roma mathematics teacher and a Cambridge graduate have become the first Romanians to win seats in UK local elections.

They were both candidates for the center-left Labour Party, which is known for encouraging minority groups. The party held on to city halls in London and Manchester in last Thursday’s by-elections, but lost hundreds of seats in areas that used to be party strongholds.

Nicu Ion, who lives the northeast city of Newcastle, won a massive 66% of the vote he told Digi24.  Official results showed he won 1,599 votes for Elswick in the south of the city, trouncing the Conservative candidate who picked up 436 votes.

The teacher who’s originally from the Black Sea port of Constanta said he decided to enter politics in Britain to fight prejudice and help his community.

Last year, there were an estimated half a million Romanians living in the UK. Many moved there after Romania joined the European Union in 2007.

Encouraged by his success in the elections, he said he plans to run in UK parliamentary elections, Digi24 reported.

He settled in the UK nine years ago with his wife and daughter and got a job at a Newcastle college as a maths teacher.

He decided to enter politics two years ago and started his recent campaign on Facebook.

He told Digi24 in a video link that he “wanted to inform the local authorities that there is a Romanian community, made up mostly of Roma, who were not represented and did not have a public voice. ”

He said he opted for the Labour Party because he felt aligned to its social policies and the fact it encourages minority groups to participate in public life.

He said he approached the party and was invited for an interview at the party headquarters. Even though he didn’t have the “necessary seniority” to be selected as a candidate, they made an exception, he said.

He said he convinced party leaders by demonstrating his competence and impressing them with volunteer work he’s done in the community.

He campaigned by going door to door to persuade people to vote for him. Romanians make up about 10%  of the electorate. „They’re not decisive, but they are important,” he said.

Another Romanian, Dr. Alexandra Bulat also a won a seat as a local counselor in last Thursday’s elections.

“It’s a really positive day for representation,” she said.

“Whatever people’s political views are, we need more migrants in politics regardless of party she told Cambridge News.

“We need more people who are not born in the UK but made their lives in the UK to be represented and have a voice because local politics affects us all equally and all of us should be represented.”

The Cambridge graduate got involved in politics after the 2016 Brexit vote. The ensuing struggle to apply for indefinite leave to remain meant she became involved in politics and began volunteering for migrant rights organizations, including the3million, an EU-citizen advocacy group where she now works.

She joined the Labour party in 2017, and eventually put herself forward as the Abbey candidate in the county council.

Labour lost  300  councilors losing on English councils including a defeat in Hartlepool, a once unthinkable victory for Prime Minister Boris Johnson’s Conservative Party.

The ruling Conservatives gained more seats on northern local councils in economically struggling places, where an older electorate has switched parties after decades of voting Labour.