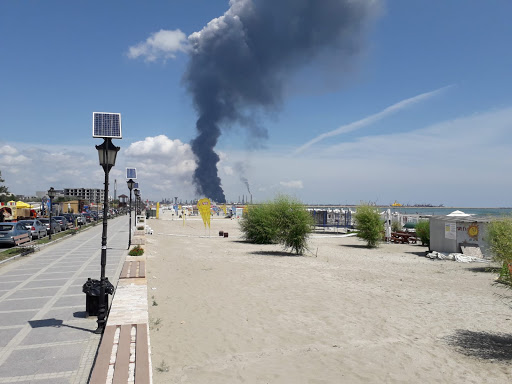 A man who was spending time at the Black Sea on Friday captured the moment there was an explosion at a petrol refinery.

The blast at the Petromidia refinery on the Black Sea coast on Friday killed one person and left five injured, many with burns.

The explosion at Romania’s biggest crude oil refinery occurred on Friday lunchtime. A fire broke out after the violent blast. The fire was fully extinguished by early evening, authorities said.

The video posted by Emil Muntean of the northern city of Târgu Mureș begins several moments before the blast. There are some shots of the coastline south of Navodari where the refinery is based.

After some images of a calm  sea, a noise can be heard on film. The camera then pans to the refinery where a large mushroom-shaped plume of dark smoke billows from the deflagration. There is no commentary on the video which was shared by Hotnews.

Local government official Silviu Coșa declared a state of alert. All residents in the area received a warning on their phones about the situation.