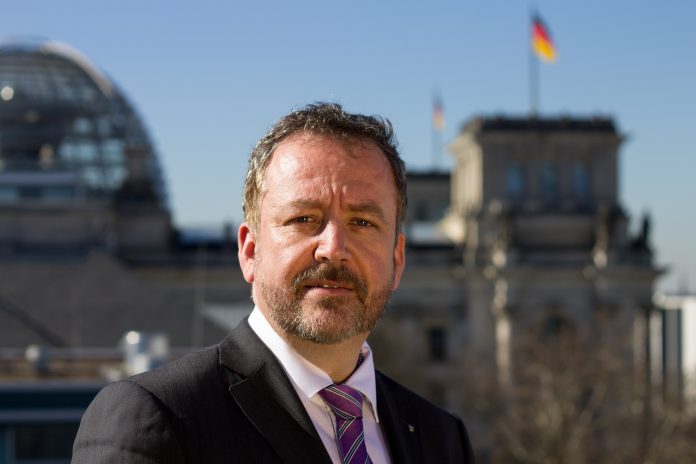 German politician Bernd Fabritius who’s been active pushing for democratic reforms in his native Romania and heads a group that represents the interests of Germans expelled from Eastern Europe has returned to the German Parliament.

The seat became vacant after party colleague Tobias Zech of the Bavarian CSU stepped down on Friday after it was revealed he took money to lobby for a fugitive North Macedonian prime minister.

Mr Fabritius said he’d accepted the party’s offer of a seat in his place. He first served as a member of the Bundestag from 2013 to 2017, the first Transylvanian Saxon to hold a seat.

He is  best known in Romania for his criticism of nationalism and support for anti-corruption protests in 2017. He told Deutsche Welle that he was happy to be back in the German Parliament for the German Christian Social Union of Bavaria, the Bavarian sister party of Angela Merkel’s CDU.

Considered a moderate voice in the CSU, he said he would continue his “mission” to support immigrants with German roots and other minorities that were expelled from Eastern Europe “with the same passion as a member of the Bundestag.”

Mr Fabritius, 55, was born in Transylvania, in Romania during the communist era. After graduating from a German high school, his family like thousands of others emigrated to West Germany. There he studied politics and later earned his PhD in law.

From 2014 to mid-2015, he briefly served as a full member of the German delegation to the Parliamentary Assembly of the Council of Europe. He sat on the Committee on Legal Affairs and Human Rights and on the Sub-Committee on the Rights of Minorities.

Since 2014, he’s been president of the Federation of Expellees, an organization that represents the interests of ethnic Germans who fled or were forced from their homes in central and Eastern Europe after WWII.

He described his goal as representing the interests of all people with roots in Eastern Europe and South Eastern Europe. He also sought to build bridges with those countries. He’s considered a moderate compared to previous leaders who’ve adopted a more nationalist stance.

He has kept a close eye on his native Romania and was vocal about democratic backsliding under the previous Social Democratic government.

„I am  concerned about the trends I see in the various TV shows, which continue to divide society through nationalism. They instigate hatred towards ethnic groups,” he told Deutsche Welle.

However, he praised massive anti-corruption protests in 2017, calling them “brilliant lessons of democracy.”

„They are demonstrations of a mature society, which does not allow the government to roll back the rule of law, ” he said. “These are lessons that have been proudly seen.”

He was critical about photos posted on social media by an adviser to then-Prime Minister Viorica Dancila which suggested similarities between President Klaus Iohannis and Adolf Hitler.

„I noted with indignation the latest slander uttered by a senior member of the ruling party against the German minority in Romania,” he said.

There are an estimated 40,000 members of the German minority who live in Romania.