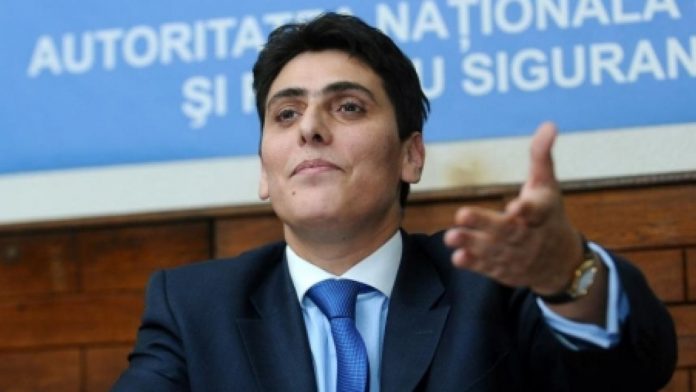 The fugitive ex-food safety chief who was sentenced to 8 ½ years in prison for multiple counts of bribery has been arrested in Italy, authorities said.

Marian Zlotea, who was also European Parliament lawmaker from 2007 to 2009, was handed the sentence in January but fled Romania ahead of the verdict and claimed he was seeking political asylum abroad, without saying where he was.

Police issued an international arrest warrant the day after the sentencing.

Digi24 reported that his lawyer had informed the Bologna Appeal Court of his whereabouts and the Italian Carabinieri had detained him on Tuesday.

The station quoted sources saying Mr Zlotea was staying at a nephew’s in Bologna.

Romanian police said in a statement its criminal department had established that he had fled to Italy. “Following collaboration between our two states, the address of where the wanted person was identified, and he was intercepted on February 23.”

He is expected to be brought back to Romania to serve his sentence.

The Romanian court convicted him Mr. Zlotea, 49, for bribery, influence peddling, forming an organized criminal group when he was the director of the he National Sanitary Veterinary and Food Safety Authority, a position he held from February 2009 to July 2010.

In an attempt to justify his flight, he wrote: “ Knowing that this sentence was going to be a set-up, I left Romania,“  comparing himself to Carles Puigdemont, the Catalan pro-independence politician who fled Spain in 2017 after calling a referendum on independence which Spanish courts declared illegal.

Anti-corruption prosecutors said that from October 2009 to May 2010, Mr. Zlotea who was the former deputy chairman of the ruling Democratic Liberal Party and the head of ANSVSA abused his position and organized a criminal ring with other managers of the agency in Bucharest and Ilfov with the aim of obtaining illegal benefits from people subordinated to them.

They said he persuaded two managers to abuse their positions and procure food which was handed out to voters during electoral rallies or used by the agency for hospitality purposes.

They said that Mr. Zlotea was aware that deputy managers were making subordinates procure food from firms that they carried out safety controls on.

They also said Mr. Zlotea forced every inspector to pay a monthly fee of 3,000 lei to the Democratic Liberal Party from January to May 2010 in exchange for keeping their job.

Marian Zlotea said he had „proof and evidence, including recordings from the case that prove my innocence, and I will seek justice at the European Court of Human Rights.”

Prosecutors also accused him of demanding 143,000 lei from a manager of several supermarkets in November-December 2011 to protect the stores from being audited and checked by officials.