Prime Minister Florin Cîţu on Friday pushed back against criticism of Romania’s Recovery Plan following reports that there were unjustified costs or missing information about some of the projects submitted to Brussels.

The Commission and Romanian government officials discussed the plan on Thursday in Brussels.

In its first round of talks, the European Commission reportedly criticized parts of Romania’s  plan mainly due to unjustified costs or missing information about some projects,  Hotnews  reported.

In some instances, the calculation methodologies were  missing and the information provided about some projects was unclear, reports said.

Thursday’s assessment was part of a the review process that each EU member undergoes before the Commission signs off on the plan.

The process will include a review of whether the plans contribute to effectively addressing challenges identified in the relevant country-specific recommendations, the Commission said.

The government submitted its plan on May 31.

Romania’s European investments and projects ministry set up meetings between the Commission representatives and ministries in charge of projects, who are responsible for clarifications, sources told Hotnews.

The Romanian plan is structured around six pillars: the green transition, digital transformation, smart growth, social and territorial cohesion, health and resilience, and policies for the next generation.

It includes measures on sustainable transport, education, healthcare, building renovation and the digitalization of public administration.

The Commission will also assess whether the plan dedicates at least 37% of expenditure to investments and reforms that support climate objectives, and 20% to the digital transition. 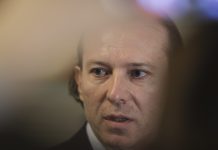