A Romanian court on Thursday handed a five-year sentence to Mircea Draghici, a former lawmaker,  for embezzling state funds.

Prosecutors charged the former Social Democratic party treasurer with siphoning off 380,000 euros of state subsidies that was received  by the party. He used the money for a lease on a property.

The High Court of Cassation and Justice sentenced him Thursday, upholding a sentence from a lower court.

He surrendered on Thursday afternoon, G4Media reported. He is due to be incarcerated in a prison in Colibasi Prison in Arges county, close to his home.

The anti-corruption agency started a case against him in 2019 for embezzling funds the party received from the Electoral Bureau, and using the money for other purposes.

Prosecutors said he bought the lease on a building worth half a million euros with the money.

Mr Draghici was the treasurer of the Social Democratic Party that was in power at the time. He was also election coordinator for the May 2019 elections for the European Parliament.

As treasurer of Romania’s biggest political party, his job was to manage the party’s funds. Prosecutors said he stole 380,000 euros of public money and diverted it to pay for a 10-year lease on two-thirds of a building

The Election Authority started an inquiry and managed to cancel the contract, Hotnews reported.

He was sent to trial in September 2019. He denies the charges,

Mircea Drăghici has served three terms as a lawmaker for the Social Democratic Party. He resigned from the party in February 2020. 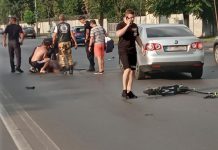 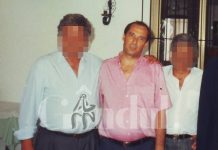 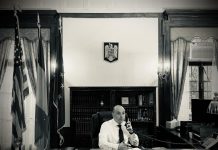 Romanian motorcyclist arrested over death of man on e-scooter he got into a fight...