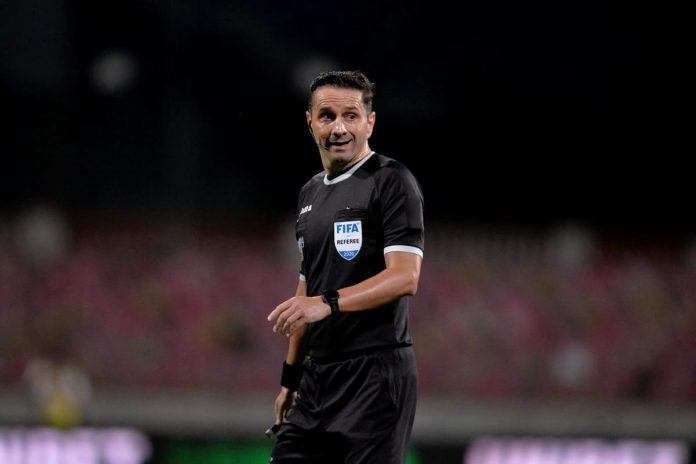 A Romanian referee is facing allegations of racism for using a racial term when identifying a Black assistant coach in a controversy that goes beyond racism in football.

The Champions League game between Paris Saint-Germain and Basaksehir was postponed when players walked off the field on Tuesday after the incident.

Players from the Turkish team were furious after assistant coach Pierre Webo was shown a red card by referee Ovidiu Hategan of Romania at Parc des Princes, saying co-national Sebastian Coltescu, his assistant, had used a racial term to describe the coach who is from Cameroon, before he was sent off.

The score was 0-0 when the incident took place about 14 minutes into the match. UEFA said the match would resume on Wednesday evening with new officials.

„Go and give it (the red card) to the black one, we can’t have something like this, go and identify him, go verify, the black one over there,” Sebastian Coltescu can be heard saying in Romanian, about Pierre Webo.

„Racism, and discrimination in all its forms, has no place within football,” UEFA wrote on Twitter.

Turkish President Recep Tayyip Erdogan stepped into the row. „I strongly condemn the racist remarks made against Pierre Webo…  believe that UEFA will take the necessary steps. We are unconditionally against racism and discrimination in sports and all areas of life,” he wrote on Twitter.

Sebastian Coltescu, 43, apologized in a Twitter message: „Sorry for the misunderstanding. My intention was never racism. In such an environment, people sometimes cannot express their feelings correctly and can be misunderstood. I apologize on behalf of the UEFA champions league. I hope you understand.”

“We strongly condemn any expression or statement that may be considered racist or discriminatory,” Sports Minister Ionuț Stroe told Digi24. “I apologize on behalf of Romanian sports for this unfortunate incident. It was a particular incident, not a representation of Romanian sport.”

However, the Alliance for Romanians Unity, an unknown far-right party that shocked Romania by coming from fourth in elections last weekend defended the Romanian official.

„We support fairness on the sports field, not the intolerance generated by political correctness. Today it is Sebastian Coltescu, tomorrow it can be any of us.

“We are in solidarity with Sebastian Coltescu, the victim of an aggressive smear campaign at the national and international level,” said AUR co-president George Simion.