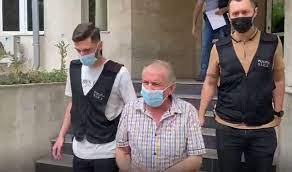 Romanian prosecutors have detained a surgeon on suspicion he demanded money from patients before operating on them.

Prosecutors said Gheorghe Neata would pray our loud in his surgery in before taking a kickback. His office was tapped as investigators built a case against him.

He was a surgeon at the Emergency Hospital in the southern city of Targiu Jiu and was detained for 24 hours on Thursday.

”Mother Mary, give me health and lots of money, and may the patient get better. Protect me from sickness and prosecutors”, one prayer went.

Prosecutors said they are investigating 13 counts of bribery.

They  said they carried out a search of his cabinet and found the equivalent of 71,000 euros, in euros, pounds and lei as well as alcohol and cigarettes.

Prosecutors said the medic  didn’t demand a specific sum of money from patients but was unhappy if the bribes were too low.

„For example on June 11, he received an envelope with money from a man. After he left, he complained about how much he’d left,: saying it was too little,” Pandurul reported citing prosecutors’ recordings.

The medic had a daily ritual of saying a prayer out loud in his cabinet, prosecutors said.

Investigators said his daily monologue helped to incriminate him.

“If there’s a hope of money, I will operate, If not, I won’t” he said according to recordings.

Prosecutors said that if he considered the bribe too small, he would postpone an operation, sometimes indefinitely.

„At one point the doctor counted 600 lei from a patient … he was clearly unhappy… if the bribes were too small,” Cristina Ciobanu, spokeswoman for the Gorj prosecutors’ office was quoted as saying, Digi24 reported.

Romania spends less of its GDP on health than other countries in the European Union. Medics’ salaries, extremely low until four years ago, were significantly hiked in an effort to stop bribes and unofficial payments.

However, envelopes stuffed with banknotes and other kickbacks are still common in hospitals, according to reports.