A Romanian diplomat must now leave the embassy in Moscow after Russia declared him a persona non grata, the foreign ministry said on Tuesday.

Romania’s foreign ministry confirmed the expulsion of the its deputy military attache in Russia. It said it was a retaliatory measure for Bucharest’s decision to expel Russian diplomat Alexey Grishaehv from Bucharest, on April 26.

„The Romanian ambassador Christian Istrate was invited to the Russian foreign ministry where he was handed a note from the minister informing him that the deputy military attache is a person non grata,” a foreign ministry statement said quoted by the TASS news agency.

Bucharest said it was expelling the Russian diplomat for activities incompatible with his diplomatic status which ‘contravened the 1961 Vienna Convention.”

The expulsions come in the context of deteriorating relations between Russia and the West and a wave of expulsions of Russian officials from Central and East European countries.

Romanian authorities say Mr Grishaev tried to recruit government officials to get hold of classified information about Romania’s security policies and about NATO.

They said he wanted to obtain sensitive information from the government related to Romania’s foreign policy and its energy security and military sectors.

Russian foreign ministry spokeswoman Maria Zakharova warned that Russia may expel a Romanian diplomat, a reciprocal measure which is customary in such cases.

Seven other former Soviet bloc countries in Central and Eastern Europe, all of them members of the European Union and the Western defense alliance NATO, have expelled Russian diplomats in April., triggering reciprocal measures by Moscow. 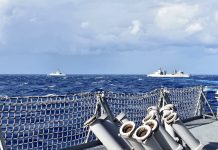 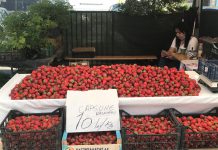 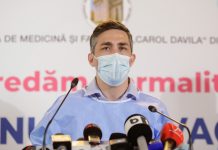