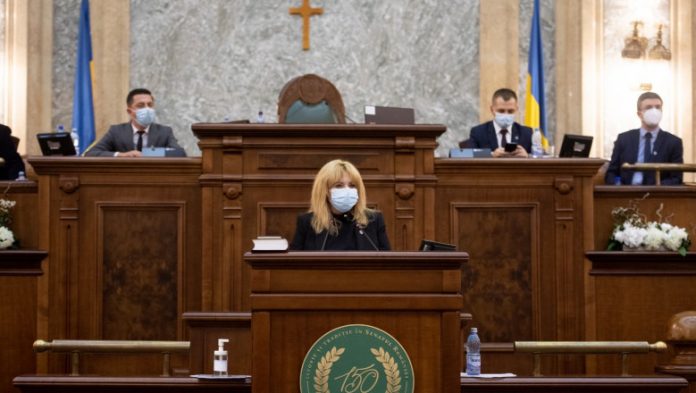 Eleven years after a referendum and two days after she was named the first woman speaker of Romania’s Senate, Anca Dragu moved to downsize the bicameral assembly from 465 seats to just 300 in line with the 2009 referendum.

Ms Dragu said that she was setting up joint parliamentary committee to implement the results of a 11-year referendum when Romanians voted for one-chamber Parliament with a maximum of 300 seats.

„We will set up a committee at the Chamber  of Deputies and Senate level …. Which involves the whole electoral process and putting these measures in place,” she told Digi24 television station.

The committee will be set up next week or at the beginning of January.

Her initiative was met with criticism even from members of the ruling center-right coalition.

Liberal lawmaker Daniel Gheorghe suggested she was „euphoric” about not only winning a parliamentary seat for the first time, but also being the first woman to hold the post of Senate speaker, which is the second-highest position in the state hierarchy after the president.

” A single chamber Parliament is suited to small countries with ‘limited interest’ not an important European nation like Romania,” he wrote on Facebook. „This is the result of her lack of political experience and her misunderstanding of the basics of parliamentary behavior.”

Before her current position, Ms Dragu served as finance minister in 2016. She is a member of the junior coalition partner, the Save Romania Union-Plus, a progressive group of mainly younger politicians.

Former Romanian President Traian Basescu organized a referendum in 2009 which coincided with the first round of presidential elections to reduce the number of seats in the bicameral legislature and and create a single chamber. 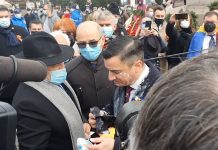