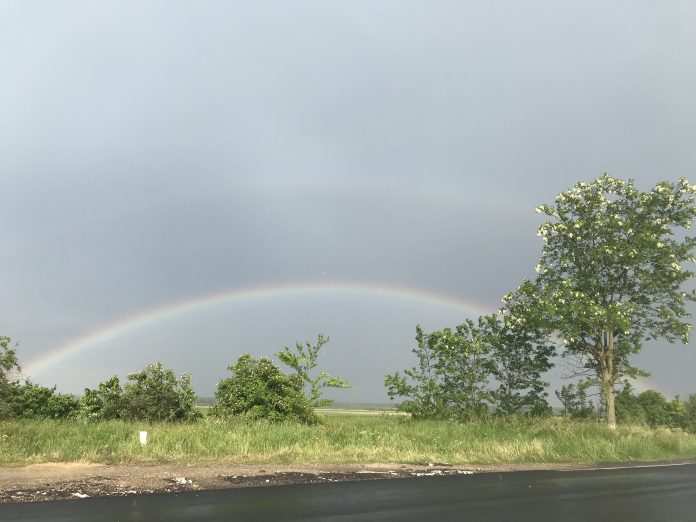 Stormy weather hit the Romanian capital and other parts of the country on Saturday and is expected to last until Tuesday.

Meteorologists upgraded an earlier yellow alert to an orange warning on Saturday afternoon as severe weather disrupted outdoor activity in Bucharest for residents.

People were advised to stay at home due to torrential rain, thunderstorms and strong wind.

Residents received a Ro-Alert message on their phones with the orange warning which will expire in the early evening.  Bucharest will remain under the yellow weather alert until late evening.

The rains which spread through  southern Romania on Saturday will last until Tuesday. Despite the rain, temperatures will be normal for the time of year, between 23 and 26 Celsius. The National Weather Agency said there will be more storms on Sunday with heavy rain.

Unstable weather  with storms and high winds will affect almost the entire country in the coming days, according to meteorologists.

Temperatures will drop to a high of 20 Celsius on Monday, with lows between 12 to 14 Celsius. That is lower than the usual mid-June temperatures.

After three rainy months, hooter weather is on its way at the end of the month. Forecasters expect it to stay hot in July,  which Romanians call ‘the month of the oven.’

A yellow weather alert warns people to be aware. It notifies those who are at risk because of their location or activity, and to allow them to take preventative action

An orange weather warning is given before expected weather conditions that could significantly impact people, property and activity in an area.

It implies that individuals in the affected areas should prepare themselves for anticipated conditions.