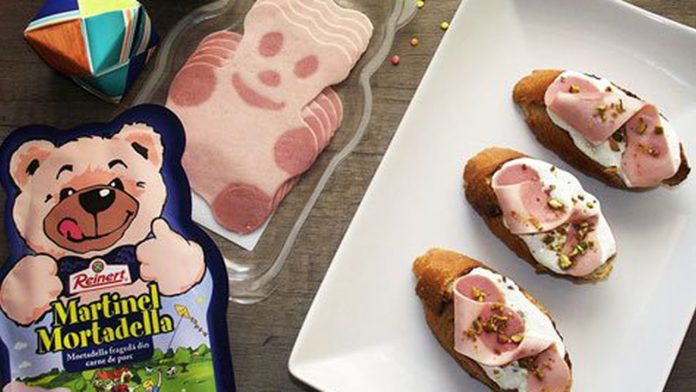 Spam that is sold in the shape of teddy bears has been removed from supermarket shelves in Romania over health concerns.

Producers said it was a precautionary measure after some products were found to be contaminated with heavy metal.

The two spam products _one made of pork, the other chicken_ are produced by German food processing company Reinert and aimed at children.

They were recalled on Monday,  Digi24reported. Consumers are advised to return the spam or throw it away, the station said.

Earlier, food checks detected metal powder in some packs. The metal is thought to have come from faulty machinery at the packaging plant.

The spam is labeled Martinel Mortadella and sold in packs of 90 grams. It is a popular among children because each slice looks like a teddy bear.

„Producers said they’d asked for a series of check by independent experts. Those „checks showed there was no health risk.”

„As a precautionary measure it was decided that all packs which may have been contaminated should be recalled,” the station reported.

The spam that has been recalled has an expiry date early next month.

The manufacturer said that customers should return the items  to supermarkets and shops where they bought them. They will get a cash refund even without a receipt.