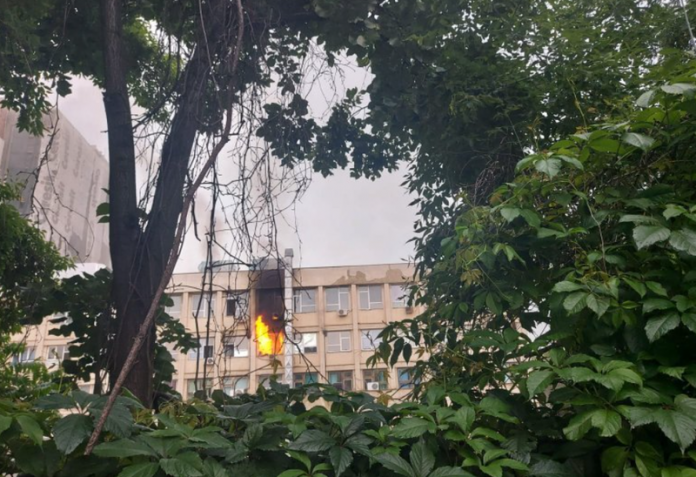 A fire broke out Tuesday evening in at the intensive care unit of a hospital in the northeast city of Iasi. There were no reports of injuries.

Initial reports said the blaze at the Saint Maria Hospital for Children was a result of an electrical fault,  Hotnews reported.

The fire was put out shortly after 7.30 pm, authorities said. Five children, three parents and six medical staff were evacuated.

One patient who was intubated is in a stable condition.

The fire broke out in the ward which has an area of about 15 square meters on the third floor.

Flames engulfed one room on the third floor, acording Bună Ziua Iași. Repair works were being carried out on that floor.

Chairman of the Iaşi County Council, Costel Alexe went to the hospital.

„I am now with the medical team and we are offering institutional support to evaluate, with other authorities, what caused the fire” he said.

„The no. 1 priority is to make sure that patients and the medical team are not in any danger” he was quoted as saying by News.ro.

It is the latest fire to break out at a hospital in recent months.

Last year  ten patients were killed after a fire ripped through an intensive care unit in the nearby city of Piatra Neamt.

Another fire at the Matei Bals hospital in the capital in January killed at least six .

In March, three Covid-19 patients died in a Bucharest hospital after the oxygen supply at a mobile intensive unit where they were being treated malfunctioned, shutting down ventilators.

The fires have highlighted Romania’s ageing and underfunded healthcare system.