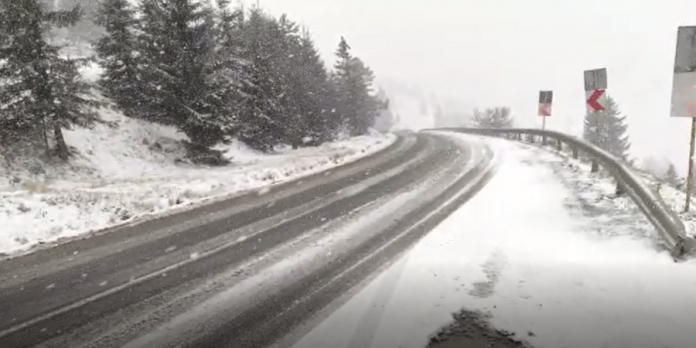 April is the cruelest month, the poem goes. In Romania it’s been one of the coldest months too.

For anyone looking forward to a bit of spring sunshine this month, their hopes have been cruelly dashed.

The National Weather Administration confirmed Thursday that April 2021 is one of the coldest Aprils ever recorded.

In the Romanian capital residents kvetched at the unSpring-like cold and rain. Daytime temperatures have been under 10 Celsius.

It snowed heavily in the central counties of Covasna and Harghita on Wednesday morning, snarling traffic.

In the northeast Moldova region it has been just as chilly. Temperatures hovered around  minus 2 to  minus 3 Celsius and there was fresh snow that was 5-6 centimeters deep.

Meteorologist Mihai Huștiu said April temperatures across Romania were an average of three degrees below normal for this time of year.

Unsurprisingly, he said April 2021 would go down as one of the coldest months on record. “It will probably take third or fourth place,” he told Digi24.

However, weather forecasters said it was the last gasp of winter. Warmer weather is on its way as the chilly month takes its coat and leaves.

“A mass of warm air will come from North Africa and it will be higher than 25 Celsius in many areas,” Mr Hustiu said.

On Sunday when Orthodox Christians celebrate Easter, temperatures will soar to a sizzling 30 Celsius in the south, which is about 7 to 8 degrees higher than normal for the beginning of May.

T.S. Eliot, an American-English poet penned the Waste Land, which was one of his most famous poems. It starts:

April is the cruelest month, breeding
Lilacs out of the dead land, mixing
Memory and desire, stirring
Dull roots with spring rain.

Universul,net can inform you that May arrives on Saturday.

Romania will host a new WTA tennis event in Cluj. Simona Halep will miss it due to Tokyo Olympic Games