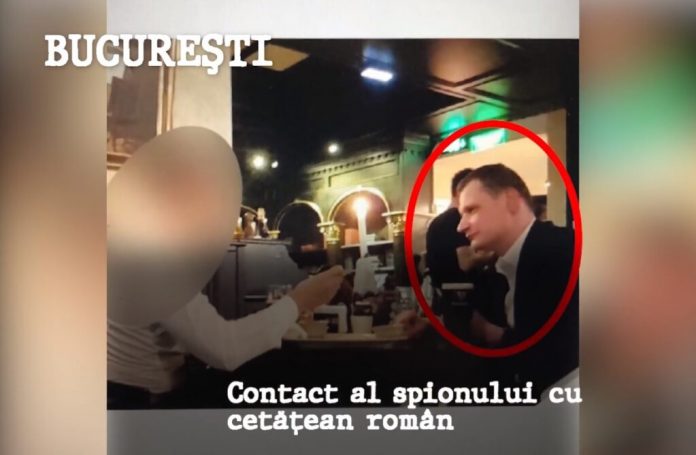 A video has been released in Romania that shows the recently expelled Russian military attache apparently meeting sources to obtain classified information.

Romania expelled the diplomat Alexey Grichayev on April 26. It said his „activities and actions contravene the provisions of the Vienna Convention on the Law of Treaties of 1969,” shorthand for spying.

It comes in the context of deteriorating relations between Russia and the West and a wave of expulsions of Russian officials from Central and East European countries.

Romanian authorities say the diplomat tried to recruit government officials to get hold of classified information about Romania’s security policies and about NATO.

They said Mr Grishaev wanted to obtain sensitive information from inside the government related to Romania’s foreign policy and its energy security and military sectors.

Russian foreign ministry spokeswoman Maria Zakharova said Russia could expel a Romanian diplomat, a retaliatory move which is customary in such cases.

„The web of Russian spies in Eastern Europe” is a 3.22 film with images of Russian ambassador, Valery Kuzmin.

It also has shots of people who are claimed to be the Romanian contacts of the spy, Digi24 reported .

The video was released on Thursday, the same day that Bulgarian authorities announced that they suspect six Russian citizens of GRU agents of involvement in bomb attacks on ammunition and weapons factories in the country.