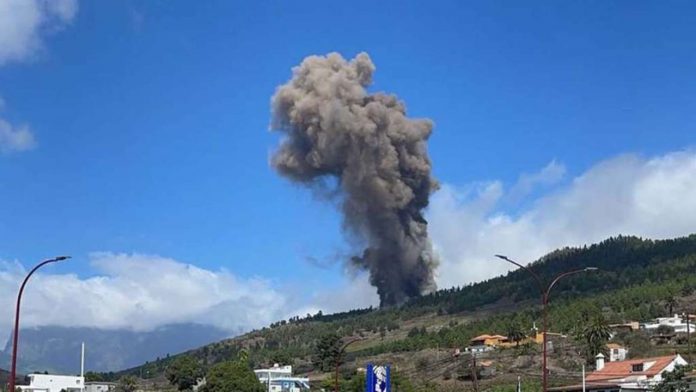 The volcanic ash cloud caused by the eruption of a volcano on the Spanish Canary Island of La Palma has reached Romania, the government confirmed. It is expected to spread across the country on Monday.

The cloud entered Romania’s southwest corner on Sunday evening. It will move eastwards with the highest concentrations of noxious gases at a high altitude.

The volcano has emitted thousands of tons of sulfur dioxide since it erupted on September 19.

Silviu Gurlui, a professor at the Physics Faculty, said the ash cloud consisted of particles and chemical residue, Digi24 reported.

“Sufur dioxide brings extra pollution (and) potentially cools the ground. The secondary chemical components reach the ground when it rains and may influence ozone concentrations,” he said.

Thousands of people have been forced to leave their homes since the eruption to escape rivers of lava cascading from the erupting volcano. Thousands of properties were destroyed. The airport had to close on Sunday due to the ash.

By Monday, eruption and tremors around the volcano on the Canary Islands had almost halted, Reuters reported. Authorities locked down coastal villages in anticipation of the lava reaching the sea.

People on the Spanish Canary Island are becoming increasingly desperate as experts predict the lava explosions will last another three months until December.

More than 150 now be allowed to return, after local authorities said their houses were no longer in the path of the molten streams moving down the side of the Cumbre Vieja volcano range, Sky News reported.