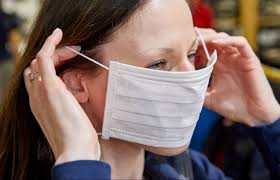 Romania’s Prime Minister Ludovic Orban says restaurants and other public places will close for a fortnight and masks will be compulsory outdoors amid a spike in coronavirus cases in the capital.

Mr. Orban said the aims of the new restrictions was to reduce “as much as possible interaction between people.”

Bucharest surpassed the critical infection figure of 3 cases per 1,000 inhabitants on Sunday, triggering the new restrictions.

On Monday the city posted 581 new cases, fewer than Sunday when there were 770 new infections. However, nationwide, less than a third of the usual number of daily tests were carried out as it was the weekend, so it is likely cases are far higher.

Speaking late Sunday on Digi24, the prime minister said masks would be compulsory in all outdoor public places in the capital starting Monday afternoon, following a meeting of the Bucharest Emergency Council

“After 3 per 1,000 residents, all activity is suspended in theaters, cinemas, restaurants and cafes. These measures are valid for a fortnight,” and will be extended depending on developments, the premier said.

“Our aim at this time it to stop the rise in cases. These are the strictest measures in the current state of alert. The aim of the measures is to reduce as much as possible people’s interactions.”

He urged people to wear a mask in public plaes.

“I have come into contact with thousands, maybe tens of thousands of people,” and I haven’t caught the virus, he said.

The prime minister has entered self-isolation twice after coming into contact with people who tested positive for the virus. Both tests came out negative.