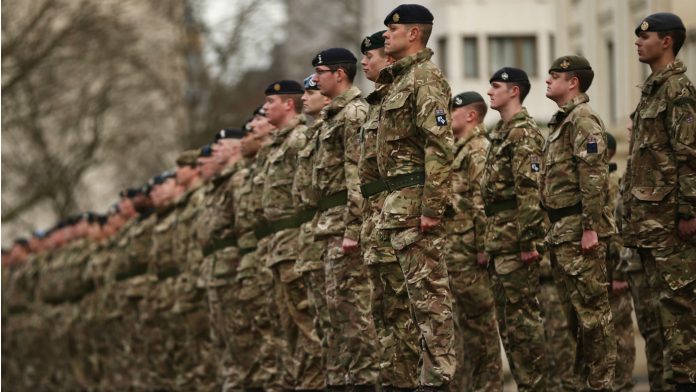 British Defense Secretary Ben Wallace says the deployment of 8,000 British armed forces across eastern Europe will show „solidarity and strength” as the war between Ukraine and Russia goes into its third month.

The British soldiers are due to be sent to eastern Europe to take part in military exercises designed to combat Russian aggression.

The deployment – one of the largest to take place since the Cold War – will see troops placed in countries from Finland to North Macedonia.

Dozens of tanks and more than 100 armored fighting vehicles will also be sent to the locations this summer under plans that that materialized  since the war in Ukraine began, Sky News reported.

„The security of Europe has never been more important. These exercises will see our troops join forces with allies and partners across NATO and the Joint Expeditionary Force in a show of solidarity and strength in one of the largest shared deployments since the Cold War,” he said.

„Operating across Europe, the British Army will stand alongside partners, combining our capabilities and shared values, promoting peace and security.”

The UK deployment is expected to build to a peak of around 8,000 personnel operating in mainland Europe between April and June.

The drills aim to „showcase the scale and significance of the British Army’s contribution to the defense of Europe”, the ministry of defense added.