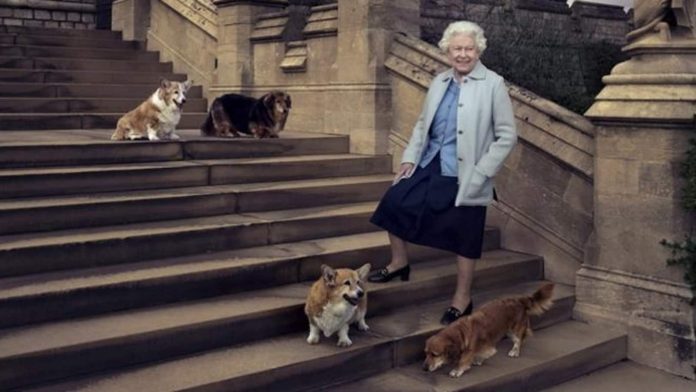 According to new data from Pets4Homes, searches for Corgi puppies are 10 times higher now that the Queen has died, with some breeders selling the dogs for as much as 6,000 pounds.

Mary Davies, whose Corgi Timmy was used as a stud for one of the Queen’s litters in the 1990s, said that she was shocked to see people charging so much for puppies. „Between 1,800 and sort of 2,000 pounds would be a normal price for a puppy.

It’s only the opportunist type breeder that would charge that sort of thing now,” she told The Metro. „Not the show breeders, they’re all fairly sensible.”

One Manchester-based breeder, Eliza Laurent-Turner, said her phone had been ringing non-stop after the Queen’s funeral. „I got a lot of calls on Monday, most of the people that I have spoken to said they’ve always wanted one and since the Queen’s death they’ve decided to do it.

The royal pooches, Muick and Sandy, were with the monarch “in the room” when she died on Sept. 8 at Balmoral Castle in Scotland, palace sources told the Daily Mail.

Muick and Sandy  also appeared during the Queen’s Sept. 9 funeral alongside Prince Andrew outside Windsor Castle in England, where they waited for the hearse carrying their late owner to arrive.

The surge in after her death has dog charities worrying that rogue sellers with unethical practices will emerge. They say that when choosing a new dog, it’s important to recognize the warning signs of a bad breeder quickly, they say. Always ask the seller questions about the dog — if they struggle to answer or seem to have no knowledge on the breed then this could be a red flag.

The late Queen was known for her love of the small breed. It’s thought she has had over 30 Corgis throughout her 70-year reign.