The foreign ministry says a second Romanian citizen has tested positive for coronavirus aboard a cruise ship in Japan.

A first Romanian, a crew member, was confirmed with the new flu type several days ago. He was hospitalized a week ago and his condition is good, Japanese medical authorities say.

The ministry said that a second Romanian who tested positive on the Diamond Princess had been transferred to a hospital in Tokyo on Wednesday and had no symptoms.

There were 17 Romanians on board the ship, 15 crew members and 2 passengers who have been quarantined since early February.

Some 621 people have contracted COVID-19, some had no symptoms.

Only those with no flu-like symptoms who have had no contact with people diagnosed with the virus have been allowed to leave the ship. Passengers had their temperatures checked as they left the ship.

Passengers begin leaving the Diamond Princess ship as the quarantine ended. Some 500 people were expected to leave cruise ship Wednesday while over 2,000 passengers and crew remain.

Passengers allowed off the ship were taken by buses to railway stations in Yokohama. Several countries have already provided charter flights to take over their citizens.

The procedure will last take several days, as there more than 3,000 people on board the Diamond Princess, of which half are Japanese.

The 3,711 people, including 1,100 crew members, on the Diamond Princess, went into quarantine off Japan on February 5, after it emerged that a former passenger had tested positive for the new coronavirus.

Some 2,000 have died from coronavirus in China, according to authorities,

There have been about 74,000 confirmed infections recorded in mainland China and about 700 cases in other countries 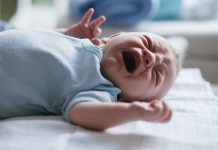 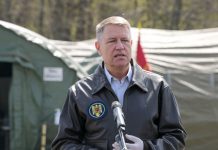 Coronavirus. Romanian President Klaus Iohannis to extend state of emergency. ‘It’s not the moment to relax’