It was nearly the perfect forgery.

For six years, three Romanian money counterfeiters manufactured and put into circulation 17,000 replicas of the 100 lei bill, fake currency worth a total of 354,000 euros.

For years, investigators searched for a clue, a way to crack the crime. They even brought Europol officers to Bucharest to help with the case, nicknamed “the Super leu.”

But the suspected counterfeiter, a 52-year-old man and his two accomplices, were cautious. Extremely so. They forged the widely used 100 lei polymer-based banknote not the lesser-used 200 or 500-lei bills which would have attracted more attention. They were meticulous in copying every detail on the note, so that at first, and even second glance it looked genuine.

Even bank officials were initially fooled, although in six years, 3,000 complaints were made about the fake money.

Even more, they were extremely careful where they placed the notes: fairs, markets and shows, one-off events where receipts weren’t always given, and there was no CCTV, to leave no trace of their steps.

They kept a diary of events and stalked them out, figuring which vendor would be easiest to fool. Their modus operandi was to buy an item of low value and pocket the rest. During the operation, they turned off their phones to leave no trace.

A fingerprint on an inner layer of one banknote was the clue that unlocked the case.

Looking in their database,  investigators  from organized crime and terrorism directorate, DIICOT, found it matched the fingerprint of a man apprehended for theft shortly after the 1989 revolution.

That detail took investigators to an apartment in the Carpathian mountain resort of Busteni.

„We discovered a whole clandestine printing operation used to print the false bank notes, and we also found very many false banknotes of a high quality,” said Mihaela Porime, a spokeswoman for DIICOT

She said the group leader coordinated the team, one of which was his girlfriend who had a previous conviction for document fraud. The members were involved in procuring and keeping the necessary materials and instruments for forging the notes.

„In a short time they managed to produce the best fakes in the history of Romania,” Porime said.

Investigators discovered where they got the printers, the ink and the other elements necessary for the job.

They also found a calendar of 30 events where the banknotes would surreptitiously be placed into circulation, Digi24 reported.

The chief suspect told investigators it took him a year to study „millimeter by millimeter’ every detail and security element on the 100-lei note.

The chief suspect and his accomplices have been detained in Bucharest.

Romania has had one of the lowest counterfeiting rates in Europe, the organized crime unit said, less than 1% of all Romania cash in circulation is fake. 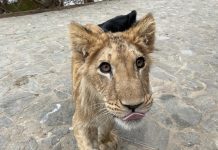 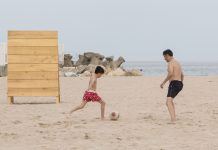