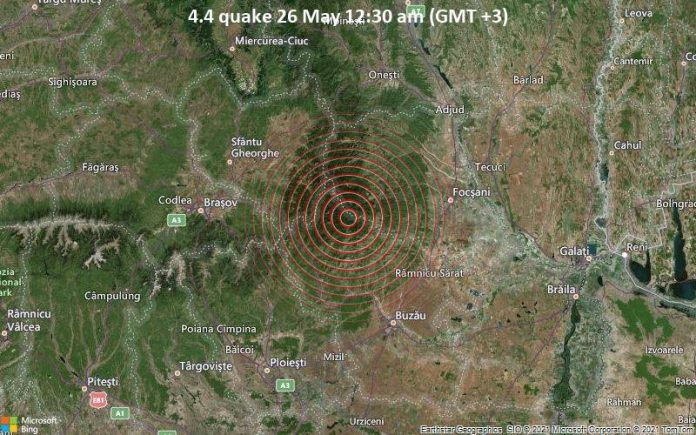 An earthquake with a magnitude of 4.4 shook parts of eastern Romania shortly after midnight, the National Earth Physics Institute.

There was no immediate reports of injuries or damage.

The temblor struck at 00.37 (22.37 GMT) and had its epicenter in the village of Gura Teghii in Buzau county northeast of Bucharest at a depth of 140 kilometers, Romanian authorities said.

The institute said the quake was felt in some parts of the capital.

The Emergency Situations Department issued a message telling residents “Keep calm! Aftershocks may happen. We are investigating whether there has been any damage.”

The quake was also reported by the German Research Center or Geosciences  and  the U.S. government.