Police have detained a Romanian Orthodox priest after he was caught having sex with a minor.

The Romanian Orthodox Church called it “a grave deed” of “unspeakable sadness.” The church spokesman said the priest would be defrocked, meaning he can no longer serve as a man of the cloth.

The unnamed priest whose parish is in the southern town of Videle was caught in the act with a 16-year-old boy in a house in the Romanian capital.

Police detained him for 24 hours. A court will decide Tuesday whether he should be arrested for a 30-day period, Antena 3 reported.

Police said he was suspected of having sexual relations with underage boys for some time.

The teen he was caught with lives in a placement center and was visited by the priest who offered him money in exchange for sexual favors.

The priest is already under investigation in another, similar case, the station reported.

Prior to his detention, he had been suspended from holding services in the community, the patriarchy of the Romanian Orthodox Church said.

„This story is unspeakably sad,”  church spokesman Vasile Banescu said. “He is already suspended and would have been defrocked at the end of his trial.”

“But a deed of such gravity means he will be defrocked immediately,” he added.

The case has already been forwarded to the Church consistory, a diocesan court which will judge the case, he said.

The body will meet after Easter which is on May 2 and “decide to defrock him and permanently remove him from the priesthood,” the spokesman said. 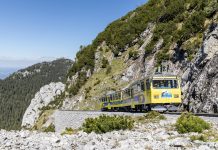 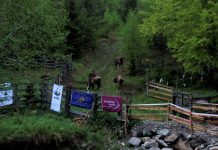