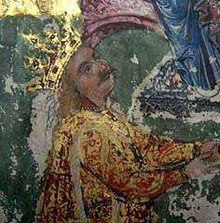 Bucharest police officers have recovered more than 500 ancient and medieval coins, believed to be part of the country’s cultural heritage, which two men were allegedly trying to sell online.

Police officers at the Criminal Investigation Service got a tip-off that a man in Bucharest had a number of ancient and medieval coins, made from gold, that he was intending to sell online.

Among the find was a coin from the 14th-century reign of Petru II, a Moldovan voivode or prince. Another coin bore the image of Stephen the Great, who was voivode of Moldova from 1457 to 1504. Stephen is considered a national icon and was known for building churches and successfully fighting the Turks during his 47-year reign. He was canonized by the Romanian Orthodox Church in 1992.

“Such cultural assets have archaeological and historical-documentary significance (and) are likely part of the national patrimony, most probably from archaeological sites” which individuals and businesses are banned from owning,” said a Bucharest police statement.

It said that they were questioning two men, aged 40 and 77. Police officers seized more than 500 gold, silver and bronze coins.

The statement said that selling the coins abroad was illegal and they needed to be evaluated by specialists before being sold.

A statement said the coins would be handed over to the Bucharest Municipal Museum for evaluation.