Romania will reopen indoor farmers markets this weekend three weeks after they were closed to coincide with parliamentary elections after the number of new coronavirus infections has slowed from last month, President Klaus Iohannis said.

Authorities shut down vegetable and fruit markets across the nation of 19 million as Covd-19 cases spiked.

Romania’s healthcare system is chronically underfunded and struggling to cope with rising cases.

It has one of the European Union’s highest death rates in the bloc’s eastern wing. On Wednesday, there were some 135  Covid-related deaths compared to 199 the previous day. Almost 1,300 SARS-CoV-2 patients needed intensive care treatment.

President Klaus Iohannis said he had consulted experts about the latest development and would allow markets to be reopened. “It’s a reality that infections slowed down,” the president told reporters. „This should be good news for both producers selling their produce and for consumers looking for year-end holiday-related purchases.”

However, Social Democrat leader, Marcel Ciolacu, a rival of the president who used to lead the ruling Liberal Party, called the announcement “an electoral move” ahead of the vote this weekend.

“Just as they did with schools and restaurants, they will open them with digust, only to close them again.”

The closure of markets led to tens of thousands of farmers moving outdoors in freezing weather to sell their produce.

Agriculture Minister Adrian Oros said 27 markets had been totally shut down out of a total of 514 markets.

Romania is a major grains producer and  exports 5 million tons of vegetable and fruit annually.

The government said Romania had recorded 4,916 new cases over the past day, fewer than usual after testing lagged over a two-day holiday period. 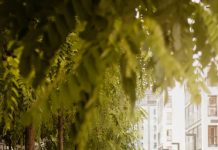