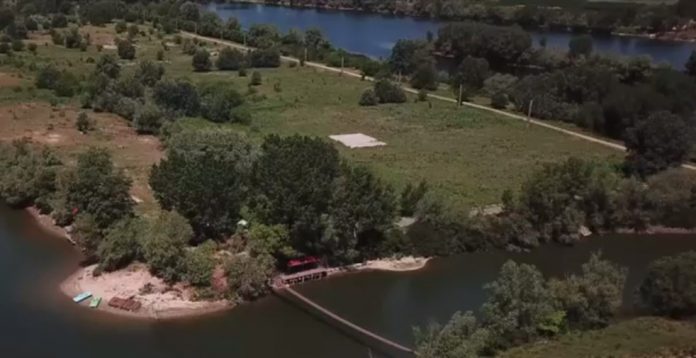 Romania’s government on Friday finally recovered an island on the River Danube that was unlawfully seized by a politician who later became the most influential politician in the country.

The land in question, Belina Island, was transferred to the Teleorman county council in southern Romania in 2011 and then leased to a private company Tel Drum controlled by local Social Democrat  leader Liviu Dragnea days later.

At the time, Mr Dragnea was head of the Teleorman county council. Mr. Dragnea later rose to become leader of the Social Democrats and the most influential politician in Romania.

He fell into disgrace, however, after he was handed a 3 ½ year prison sentence in May 2019 for having two party members paid by a state agency for fake jobs.

The minority Liberal government came to power in Oct. 2019 and has been trying to recover the island, seen as a symbol of how corrupt officials act with impunity.

On Friday head of the prime minister’s chancellery, Ionel Stanca, announced “ Belina Island has returned to being state property ….  under the management of water ministry

Environment Minister Costel Alexe inspected the island in May and said the company controlled by Mr. Dragnea  built on the island without the required permits.

„In addition to (a) heliport, there was a hotel and all kinds of facilities. Thirty years after the revolution, these people haven’t learned anything,” the environment minister said at the time.

„Everything from the hotel to the gazebos, pontoon, and all other annexes have been built illegally. They didn’t respect legal and environmental rules.”

He ordered an inspection of the buildings and an inventory.

On Friday, Mr. Danca said: „Do you remember how and arm of the Danube became the private property of Social Democratic leaders, headed by Liviu Dragnea? The whole country was a fiefdom for the Social Democrat barons.

He …transferred Belina Island …. for personal use,” he told Agerpres news agency.

“It is the reparation of a juridical monstrosity carried out by the Social Democrats with state assets in the personal interest of who was in charge at that moment,” Ionel Danca said. “The Liberal government has corrected this.”