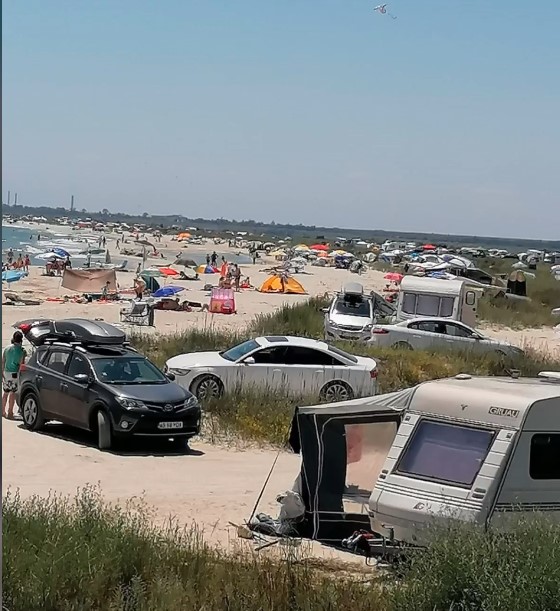 Thousands of Romanians have descended on wild beaches along the Black Sea coast, dumping litter and destroying vegetation, earning a rebuke from local authorities.

Authorities said 80,000 tourists spent the weekend along the Black Sea coast as temperatures climbed to 30 Celsius.

While the majority chose popular tourist spots such as Mamaia and Costinesti, large numbers headed to undeveloped and normally unpopulated beaches near the Danube Delta.

The three wild beaches are part of the Danube Delta nature reserve, and have a special statute due to a number of protected species of plants and birds.

“(Tourists) didn’t respect the rules in a natural reserve, they drove over the area in cars and caravans and camped on the beach,” a statement said. It said tourists were given verbal warnings and fines.

Prime Minister Ludovic Orban called the situation on Romania’s beaches this weekend “a mess, they didn’t respect the rules. I understand that it is crowded, but there are norms you have to respect at outdoor restaurants like physical distancing, maybe there should be different opening hours.”