The first Covid vaccines arrived in Moldova on Saturday a day after the country’s medical agency controversially approved the Russian vaccine Sputnik V together with Pfizer/BioNTech and  AstraZeneca, Radio Free Europe reported.

Romania made the first move to help its neighbor, shipping 21,600 doses of AstraZeneca by plane to the Moldovan capital, Romanian Prime Minister Florin Citu said from Bucharest.

The European Union member has promised to donate a total of 200,000 doses to the former Soviet republic, RFE/RL reported.

President Maia Sandu traveled to the airport as the doses arrived and thanked Romania for its „generous donation.” Moldova registered 1,500 new cases on Saturday and 50 deaths, taking the total cases to more than 180,000.

„This vaccine will save people’s lives,” she added, thanking Moldova’s healthcare professionals. „I hope as many people can get this vaccine as soon as possible and we can return to normal.”

Tensions arose in Chisinau after Ms Sandu said Sputnik V couldn’t be registered in Moldova until the World Health Organization had done so.

Moldova’s Medicines and Medical Devices Agency ignored her and announced Friday that it had authorized three vaccines, including Sputnik V.

Pro-Russian predecessor Igor Dodon, who’s been a thorn in her side since she defeated him in November elections, appeared to gloat.

„Deliveries of the vaccine to Moldova will start very soon,” the former president wrote on his Telegram channel adding: “The successful registration of the vaccine in our country took place despite the efforts of the Moldovan president’s office to block it.”

The Russian Direct Investment Fund which markets the vaccine abroad, also contradicted her, saying Moldova had become the 38th country, including Russia, to register the shot.

However, the president’s spokeswoman insisted that „Sputnik V hasn’t yet been approved “and due to the lack of our own research capabilities, we are waiting for the WHO opinion,” Sorina Stefirta said.

The Pfizer/Biontech and AstaZeneca inoculations are authorized by the World Health Organization, the European Union and the U.S.

However Russian-produced Sputnik V isn’t. It is authorized in more than 30 countries including EU member Hungary, which has good relations with Hungary.

Non-EU member Serbia is already administering it while the Czech Republic, a EU member, is considering  following Budapest’s example once the European Medicine Agency approves it.

Moldova’s neighbor Ukraine has banned the vaccine, describing it as “a hybrid weapon of Russia against Ukraine,” Euractiv reported. But in the separatist region of east Ukraine, the vaccine is being used.

Most vaccines will arrive in Moldova via WHO’s COVAX platform.. enough to inoculate 20% of the population.

Moldova’s health ministry said COVAX had confirmed it would receive 14,400 AtraZeneca doses between February 28 and March 3.

COVAX is a global initiative aimed at providing jabs to poorer countries.

Moldova will be eligible to buy the rest at an affordable price from COVAX by negotiating directly as Ukraine did. Ukraine received the first doses of AtraZeneca this week which were produced in India.

Moldova will first vaccinate healthcare professionals and then move on to high-risk groups and the elderly and lastly, he general population. 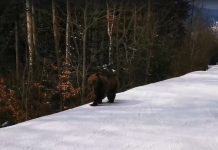