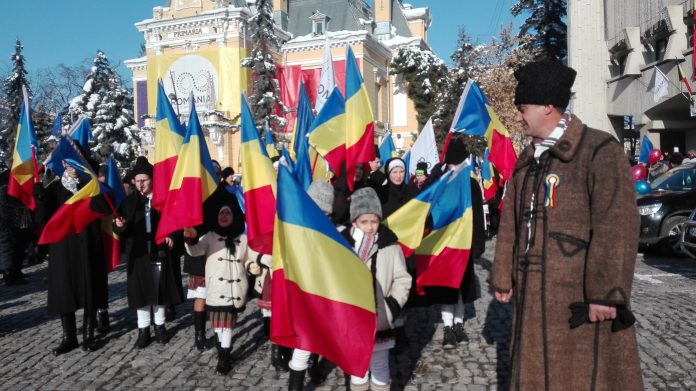 Romanians will celebrate the country’s national holiday on Sunday, with typical military fanfare at home, as millions of Romanians who left the country in search of better-paying jobs and more opportunities prepare to mark the day abroad.

The Dec. 1 celebrations come exactly a week after President Klaus Iohannis  was re-elected as president with 66% of the vote, defeating Social Democrat challenger, Viorica Dancila, a former prime minister who won 33%.

More than 900,000 Romanian abroad_ a record number_ voted in the Nov. 24 runoff. More than 92% voted for Iohannis who has promised to defend the rule of law and keep Romania on the European path.

In a nod to Romanians who are abroad, Iohannis on Saturday paid homage to St. Andrew, Romania’s patron saint calling him “Romania’s protector, a great Christian holiday and a very important day for Romanians in the country and abroad.”

In some ways, this year’s celebration is likely to be more relaxed than a year ago when Iohannis warned about democratic backsliding under the previous Social Democrat-led government.

“The great victories of the nation are possible if … we have high aspirations, not personal goals, if we hold close to the democratic and civilised nations, instead of isolating ourselves from them,” Iohannis said then.

Between 3 and 5 million Romanians have moved to Western Europe and elsewhere in recent years, which has left a labor shortage at home. Romania has some of the lowest wages in the European Union and high levels of inequality.

Despite economic growth, almost one-quarter of the population is estimated to live “in relative poverty” last year, which is about 4.6 million people, statitistics show.

Thousands of troops will take part in military parades in Bucharest and other  cities on Sunday to celebrate Romania’s national day.

Romania entered World War I siding with the Allies in 1916 but capitulated to the Central powers. It re-entered WWI in 1918, and doubled its territory after its conclusion. The great union of 1918 is when Transylvania, Moldova and Bucovina reunited with what was called the Romanian Kingdom.