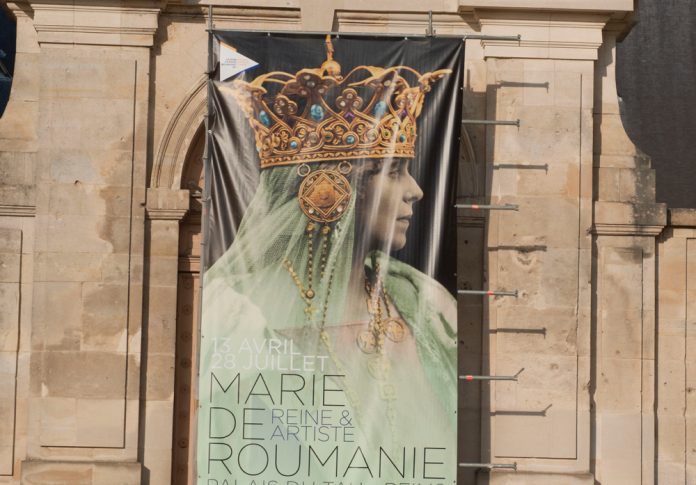 The heart of Queen Marie of Romania lies in a silver casket in where she drew her final breath more than 80 years ago.

But the story of her life lives on. The documentary film Marie, Heart of Romania, is about to go on tour around the country in a bid to bring the life and times of Marie, granddaughter of Queen Victoria and if Russia’s czar, to a wide audience in the country where she was queen.

The film, which was made in 2018 and another documentary “King’s War” completed in 2016 will begin a six-month tour of Romania starting on Nov. 5.

The films will be screened in sixteen towns and cities including Bucharest, Constanta, Bicaz, Craiova, Sibiu, Cluj and Valea Jiului. The tour is funded by six companies.

The producer is John M. Florescu who conducted an extensive interview with Michael 1 before his death in 2017.

Florescu is the son of the renowned late historian Prof. Radu Florescu and says he made the documentaries partly for family reasons.

“It really goes back two generations in our family. My grandfather was a diplomat to the government serving the Romanian Royal family, and, in the 1930’s, was posted to Berlin Washington and London. My father was a historian at Boston College. He wrote dozens of academic article and books. He wrote six books on Vlad Tepes, for example, helping a mass audience understand the historical roots of the ‘Dracula’ legend,” he told Alianta, an organization that promotes ties between the U.S. and Romania.

Florescu, who formerly worked for The Associated Press before switching to television and multimedia and serving as a co-producer with Sir David Frost,  said: “I am doing with television what my father did with his books. Because of the communist legacy, many Romanians don’t have a clear understanding of their own history. I’m happy if I can help raise this awareness about Romanian history and heritage.”

Florescu told revistecariere.ro that the filmmakers we went to 9 countries and recorded more than 30 hours of interviews.

“The Queen always thought big and acted as such, taking pain and risks along the way. She was a libertine, an independent thinker who often played well outside the rules of society, as only one who is at the top can afford to do,” he said.

Romania doubled its territory after the end of the World War I in 1918, partly thanks to Marie who warned the Allied victors there could be an uprising if Romania didn’t reunite with Transylvania, which until the war had been part of the Austro-Hungarian empire.

The movie has already received critical acclaim. Marie’s biographer Hannah Pakula wrote “You capture who she was and why she was loved,” while Vlad Paunescu, owner of Castel Film said “wonderful, excellent job in documentary, using modern means, (about) our history.”

Football legend Gheorghe Hagi simply described it as “a beautiful gift to the country.”

Ion Aurel Pop, the president of the Romanian Academy summed it up saying it  “makes (Marie) alive again, exactly how she was and how us Romanians should be. This is a film for the record.”