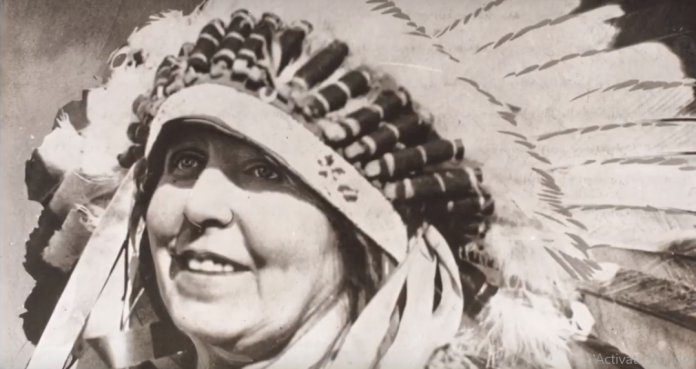 More than 80 years after her death, Romanians are still fascinated by Queen Marie, the British-born royal who was an artist, nurse and diplomat and considered one of the most potent and glamorous personalities of the last century.

There have been books, paintings and movies made about her, but never an auction.

Artmark is organizing a sale of ‘Queen Marie’ memorabilia, 143 objects, photos and items linked to Marie on Oct. 24 at 19:00 at the Cesianu-Racovita Palace in Bucharest.

The communists portrayed Marie as promiscuous and a drunkard, but after 1989 she gained recognition as a patriot who fought to reunite Transylvania with the rest of Romania after World War I. She is remembered for her work as a nurse during the war and her writing, including her critically acclaimed autobiography.

Her good looks, style and fondness for traditional Romanian dress have also earned her a place in Romanians’ hearts.

Among the items is a photo of Marie wearing a Native American white feather headdress entitled the “warrior woman,” given to the queen in 1926 by White Bull, the head of the Sioux Indian tribe.

There’s a menu written in French from the 1893 wedding feast of Princess Marie and Prince Ferdinand which features delicacies such as pheasant with truffles, chicken cream soup, salmon, with a starting price of 300 euros.

The queen’s royal stamp from 1920 is up for sale at a starting price of 50 euros, while a striking Art Deco chair created for her also goes under the hammer, with  minimum price tag of 1,000 euros.

Artmark said the items “reflected the image of the princess as an artist, the queen writer, nurse and diplomat.”

Marie was born in Kent, southeast England in 1875, the granddaughter of Queen Victoria and her mother was the Grand Duchess Maria Alexandrovna of Russia. She married Ferdinand and they had six children. She was the last queen of Romania from 1914 to 1927 and died at Pelisor Castle, Sinaia in 1938.

The auction aims to “show the unique style of the queen, one of struggle and sacrifice for the country which has made her a legendary person.”