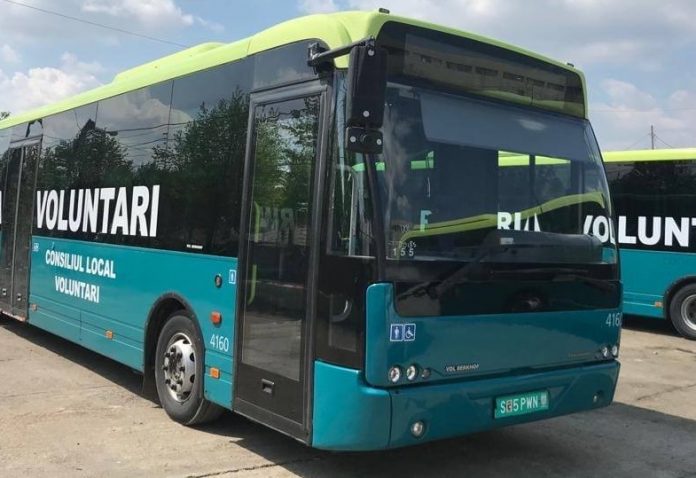 Bucharest has some of the worst traffic and air quality in Europe.

So when two bus routes were extended to a busy suburbs just north of the capital in October 2019, cheers went up among local residents and commuters who work there.

The extended bus routes of the 301 and 135 through Pipera, an upmarket residential area where there are a number of international schools signaled a much-needed rethinking of public transport in the Romanian capital, supporters said.

But both of these bus routes have, inexplicably, been cut back this week.

The 301 now terminates at the Jolie Ville shopping mall where it used to, and the 135 stops at the McDonalds roundabout. Commuters and residents now have to find alternative ways to reach their destination, costing time and money.

Local resident Alexandru Severin has started an online petition calling for one of the bus routes to be reinstated. It has been signed by more than 1,000 people so far.

The development leaves large, residential areas completely unserved by any public transport and many commuters and school setting their clocks earlier in the scramble to get to work.

Locals say it is a major inconvenience because they spend more time traveling to school and work.

Critics say the change will result in traffic jams on thoroughfares for long stretches of the day as traffic crawls along, causing pollution and wasting time.

It is quite simply, a step in the wrong direction, they say.

„Axing the extensions to these routes is exactly what … Bucharest should not be doing,” said Douglas Williams, a British teacher who commutes to Pipera.

He said authorities should be “working hard to encourage people out of their cars and onto buses, making buses a viable, practical and reliable alternative that people can use.”

Mr Williams added: “The city has among the worst congestion and air quality in Europe and this car centric move does nothing to address either of these huge problems.

“If Bucharest has any aspirations towards becoming a modern European capital it really needs to think it’s approach to public transport,” he told universul.net.

Daniela Iliescu, 41, says the scrapping of the bus that she gets to work is a major inconvenience.

She lives in south Bucharest and the extended 135 bus route made a major difference to her journey.

“It was very sad to hear the 301 and 135 have been changed,” she said. “The extended routes were enormously beneficial for me and other people who live in Bucharest as it’s a long commute to work in Voluntari (Pipera)”

Mr Williams said he was “impressed by their reliability, the cleanliness of the buses and the speed that they can get you from A to B.”

“There is the added advantage of not having to find a parking space, you can be on your phone as much as you like, read a book, have a drink when you get there if the mood takes you and it costs next to nothing.

He urged mayor Nicusor Dan to “look again at those bus routes and continue them, even increasing their frequency the better to encourage citizens to use them, drawing enlightened folks out of their cars and onto buses.