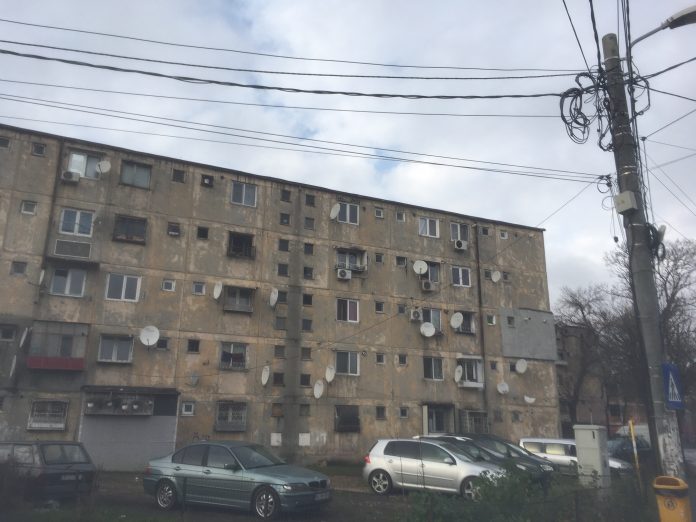 However, the BBC reported in a podcast that the city of 2 million is “arguably Europe’s most dangerous city.”

It’s not the people or even stray dogs  it’s the buildings and the danger has been largely overlooked since the fall of communism 31 years ago.

Many buildings don’t comply with basic laws and building regulations, the BBC reported. Even worse, permits are regularly faked.

And yet Bucharest is the most earthquake prone European capital. A serious quake temblor would cause many of the buildings to collapse, with a potential loss of life into the thousands.

The last devastating earthquake was in 1977, when many buildings collapsed and more than 1,500 people died. Seismologists say that the Romanian capital can expect three major earthquakes a century, the BBC said.

In 1996, a red dot was put on a number of buildings in the city which were in danger of collapse.

Some have been reinforced but not much else has happened, the BBC reported.

One part of the problem are so-called ‘camine de nefamilisti’  or ‘homes for those without families’ which are referred to as Romania’s favelas.

These were built during the rule of Communist leader Nicolae Ceausescu era to temporarily house workers brought in from the countryside and people who were still single after university.

The single room flats or studios with a communal shower and toilet on each floor were never meant for families.

After communism ended, they ended up in private hands and conditions deteriorated with whole families moved into spaces designed for a single person.

The BBC follows the story of Simona Rata who grew up in one of these buildings and returned to the ‘camine de nefamilisti’ for the report.

She finds little has changed since her childhood with crumbling walls and bits of plaster falling off.