A Canadian energy company has won a contract worth more than 3 million euros to maintain and protect water systems at one of the Cernavoda nuclear power plant’s reactors while it is undergoing refurbishment.

The company, Laurentis Energy Partners, an energy solutions provider, announced last week it had won the 3.156 million euro contract linked to one of the plant’s reactors.

“The new contract in Romania is yet another success for Laurentis, as we grow our business in international markets as well as Canada,” said Brian Fehrenbach, the senior manager of Business Development at Laurentis Energy Partners.

The plant which is in the eastern town of Cernavoda near the River Danube has two reactors been operational for 25 years meets about 20% of Romania’s electricity needs.

In January, the state operator said it would temporarily close the Cernavoda NPP’s Unit 1 for repair works due to dysfunction in one of the circuits.

However, the controlled shutdown was postponed after frigid weather led to a surge in demand for electricity.

Under the deal announced last week, the Canadian company will develop a program designed to protect the integrity of Unit 1 reactor while it is drained of water during refurbishment, Laurentis said in a press release.

“SNN looks forward to working with Laurentis in refurbishing Cernovoda Unit 1, providing Romania with a source of clean, safe, reliable and affordable electricity for another 30 years,” said Cosmin Ghita, the CEO of SNN.

The contract award is for phase 1 of the refurbishment process which provides system analysis and design engineering from 2021 to 2022.

Phase 2 will consist in the actual implementation of the program, subject to regulatory approval for the refurbishment.

Laurentis Energy Partners, a subsidiary of Ontario Power Generation, provides solutions for customers across the energy spectrum: from nuclear, hydro and solar generation, to the advancement of new technologies such as small modular reactors, and production of medical isotopes. 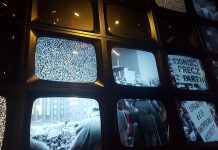 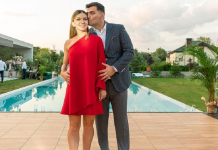