The arrival of a new U.S. Ambassador to Romania has led to speculation_ and even hope_ by some that Washington will ease off on its appeal to Romanian authorities to crack down on endemic corruption.

But a foreign policy chief explains that the anti-graft message from the U.S., whether it’s from President Donald Trump, the State Department or American politicians, will continue as before due to strategic concerns.

“Whoever expects the anti-corruption message to disappear from the U.S. arsenal, doesn’t understand that it’s a question of security, not a matter of values or people” Dan Dungaciu told universul.net.

Dungaciu, who chairs the Institute for Political Science and International Relations, which is part of the Romanian Academy, explained that the U.S. considers “a corrupt space is a vulnerable space.”

He said the U.S.’s strategic goal was to secure the area it was interested in. As long as according to the American doctrine we are back with a geopolitical battle between the great powers, it is clear that they want to know where they are ‘putting their feet’ and corruption is a factor,” he told universul.net.

“If a region is corrupt, you cannot rely on it. Someone will come along with more money and change your strategy. Corruption is a question of security.”

Romania has a strategic partnership with the U.S. and the country is one of the most pro-U.S. in the region. The U.S and the EU have regularly urged Romania to fight high-level corruption, a source of irritation for some politicians and public figures who say the country is unfairly singled out.

Some speculated that the new ambassador Adrian Zuckerman would be more lenient due to his Romanian roots. He pledged to continue the U.S. anti-graft message in his testimony to the Senate in June.

In dealing with Washington, Dungaciu said Romania should consider “what advantages can you bring your American partner which others in the region can’t bring? That’s important.”

He predicted that relations with the U.S. would become more pragmatic than previously when “it was in the Euroatlantic context, when Romania was a partner of America by virtue that it was a member of NATO and the European Union.”

He said it was better for Romania when the U.S. and the EU had the same message, “We have a very simple foreign policy and security message. We look at what they say, and we say the same thing.”

“But when Washington and Brussels no longer speak the same, and differing messages are coming from Brussels, the situation gets complicated,” he said.

“In this context, we cannot take the relationship with America.”

At his Senate hearing prior to his appointment, he said he wanted to repay American hospitality by advancing U.S. interests in Romania.

He pledged to “offer continued support for Romania’s noteworthy anti-corruption efforts,” in a June testimony. 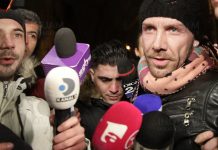 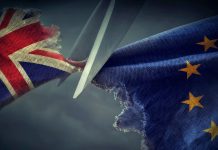 More than 400,000 Romanians have applied for residence status in UK ahead of Brexit-report 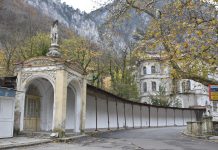