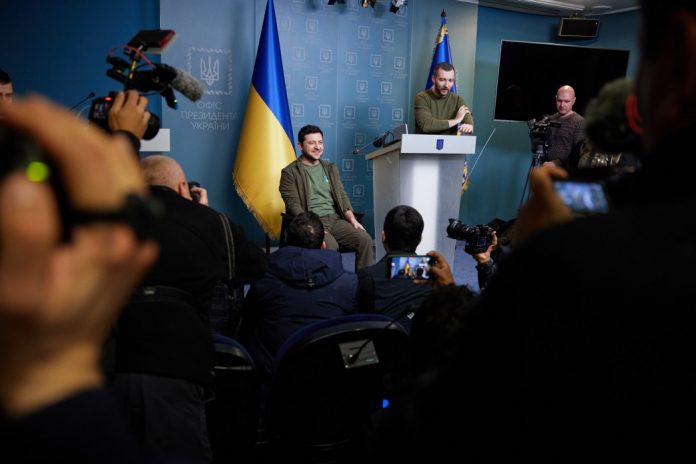 The European Union said Monday that it would begin reviewing membership applications by Ukraine, Georgia and Moldova amid Russia’s increasing escalation of warfare.

The three nations which are all former Soviet republics applied to join the bloc last week  after Russia’s invasion of Ukraine which began in late February.

The process to join the EU is complicated and can take more than a decade. Member states must all agree that an applicant can become a candidate before negotiations begin.

Ukrainian President Volodymyr Zelensky has repeatedly expressed his government’s desire to join the EU and be “equal members of Europe.” He says the bloc “is going to be much stronger with us.”

Moldova lies between EU-member Romania and Ukraine has taken in almost 90,000 Ukrainians since the war broke out. It has been offering them jobs amid a labor shortage. The poor country of 3 million has been helping those who fled get bank accounts and allowed them to enroll in health care and local schools.

Ukrainians took to the street in massive protests in 2013 after then-president Viktor Yanukovych rejected closer ties with the EU and moved closer to the Kremlin. The protests, called the Euromaidan, culminated in the ouster of Yanukovych.