Two Romanian justice officials on Tuesday hailed a ruling by the European Court of Justice that said judges could refuse to apply Constitutional Court rulings if they violated EU law.

“The decision is simply COLOSSAL,” wrote Cristi Danilet, a Romanian judge who has publicly fought for reforms.

“It is a slap in the face for Constitutional Court judges who think they can make rulings  against EU law. (They think) they can violate rules to serve the sometimes criminal interests of politicians who appointed them to the court.”

The court has been criticized as „a political tool” which is biased in favor of the Social Democratic Party and discriminates against President Klaus Iohannis and the judiciary.

Following Tuesday’s ruling, the former justice minister said judges who have already breached EU law in their rulings should resign.

“ It is black and white. Judges can’t apply a Constitutional Court ruling that goes against European Union law without the risk of being disciplined,” he said.

„The CJEU decision enshrines a European rule that has already begun to be violated in Poland, Hungary and Romania: the supremacy of EU law,” the former justice minister wrote on Facebook.

The EU Court of Justice (CJEU) interprets EU law to make sure it is applied in the same way in all EU countries and settles legal disputes between national governments and EU institutions.

The Court of Justice published a ruling on Tuesday after complaints were filed from Romania that some convictions were being overturned.

The court ruled on a case where a corruption case collapsed as the Constitutional Court ruled that evidence obtained from secret recordings could not be used in the case. 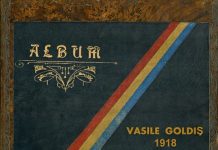