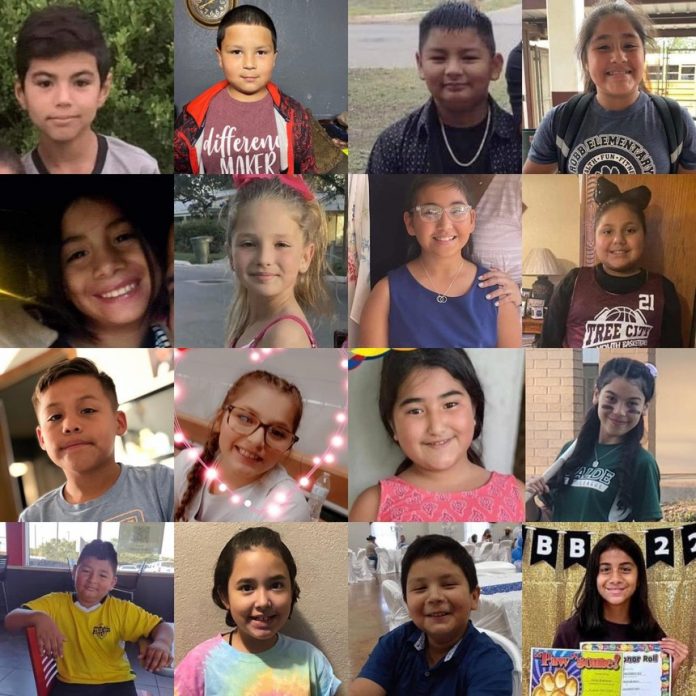 A version of this article originally appeared in the Jerusalem Post.

The gun madness that Americans seem prepared to accept in perpetuity is unique among developed nations and reflects an incredible paralysis in a country that for decades was a beacon of innovation and democracy for the world. And what’s amazing is that this most political of issues carries no visible consequences for those responsible, meaning the Republican Party. That suggests the United States has ceased to be a rational society, which would greatly impact all humanity.

How else to explain that a politician like former president Donald Trump can continue to be popular — even a major contender to return to the presidency in 2024 — while reacting to the latest mass murders with repeat nonsense about a mental health problem and dangerous proposals to arm schools more heavily.

The United States, which leads the developed world in gun murders and massacres by shocking magnitudes, has no particular mental health issue. The World Health Organization reports the percentage of Americans with depression is 5.9%, compared to 4.7% in Canada, 5.9% in Australia and 4.5% in the UK. Other mental health metrics show similar results. Mental health is a serious problem but the US is not an outlier.

America’s schools are not more poorly protected than those in most other countries. Indeed, nowhere else where I’ve ever lived — all over Europe, the Middle East and the Caribbean — are schools regularly attacked. In the US, guns are now the number one cause of death in children and there have been 27 shootings at schools, as of this writing, in 2022. The amount of school shootings in Israel, which has far more stringent gun ownership laws than America and a genuine terrorism problem, is none.

Yet even before the recent massacres in Buffalo, at the Robb Elementary School in Uvalde, Texas, and over the weekend in my hometown of Philadelphia, shootings in general are at plague levels and rising fast. An FBI study found that US homicides was up 30% in 2020 compared to the previous year, passing 21,000. The Gun Violence Archive says over 190,000 Americans were killed by guns in 2021.

No country outside the Third World comes even close. The World Population Review ranked the US atop the developed world with 12.2 gun deaths per 100,000 people (almost four times the next-highest, Finland, which is itself an outlier), with only countries like Colombia, El Salvador, Venezuela, Swaziland and Jamaica performing worse. Most European countries suffered under 1.5 deaths per hundred thousand people — almost 10 times lower than the US.

What is the only factor that correlates to the gun violence? The level of gun ownership and the ease of purchasing highly dangerous weapons.

The US ranks number one in the world by far in guns per people, with 120.5 guns per 100 people — double the figure in runners-up Falkland Islands and Yemen and four times the rate in even the most well-armed developed country. Yet: is has more guns than people — though only a minority actually own weapons.

The weapons lobby and its adherents will stick to their proverbial guns no matter what in order to preserve their twisted ideas about freedom, so no arguments or logic will win them over. My aim is therefore to persuade the persuadable — not so much that gun control is needed but that it is possible.

When one speaks to rational people who do not share the gun obsession, other arguments come up. One of them is race: the idea that America’s large black minority is so disenfranchised and that the whites are so racist that nothing can prevent a madness in their interactions. This, too, is belied by the fact that other countries had slavery and other countries have large and potentially restive ethnic and racial minorities, from Britain and France to Brazil and Israel. None suffer gun violence of the sort.

The last argument, that there is nothing to be done, is even more dispiriting because it suggests a collapse of the hope which is so essential to human well-being. It rests on two ideas: a distorted reading of the Second Amendment and the idea that change is impossible because the electoral system is so stacked in favor of the Republicans (as one example, reliably Republican Wyoming has the same two senators as California, which has 70 times the population; a third of the national population, spread across such tiny states, can control the Senate and with it the country).

As for the Second Amendment, passed in a day where there were muskets but no submachine guns and also no dishwashers, it promises a right to “keep and bear arms” but within “a well-regulated militia.” Conservatives’ insistence on interpreting this as an unlimited right assigned to all individuals is just that — an insistence, and one that is both heavily political and logically challenged.

That is why one of the last things rational Americans should do is repeat the tired urgings to not “politicize the discussion.” It is an acquiescence that amounts to an abdication of democracy, because it enables the Republicans to continue to pay almost no political price for pursuing policies that harm the country and are opposed by most people. Rest assured that if Democrats were guilty of such a thing, no one would hesitate to politicize it.

The opposition to gun control comes from the Republican Party, beholden to the National Rifle Association, one of their major donors. While millions of its followers are a rather small minority, many and probably most are dependable single-issue voters who therefore punch above their weight.

Most Americans, in fact, want greater gun control, as every survey shows. But this rolling national disaster will not be fixed by timid Democratic attempts to forge bipartisanship, such as President Joe Biden’s Comprehensive Plan released last summer, which targets rogue dealers and optimistically offers inspections data from the Bureau of Alcohol, Tobacco, Firearms and Explosives to states that might want it.

What is needed is a renewed ban on assault weapons and high-capacity magazines, and a massive move to limit new purchases of guns. Criminals or anyone else caught with unlicensed guns should be jailed for long years. There should be a requirement for insurance on guns, the same as cars.

Americans not just not especially mentally unwell, they are absolutely as rational as others: faced with this new reality, the situation would pretty quickly wind down, as it did in Australia, where gun deaths fell from American to European levels very quickly after it banned most guns a few years ago.

The Republicans will never agree to this and the Supreme Court, as currently constituted, would probably try to strike down some of the measures. The Supreme Court is, at this point, a political body dominated by the Republican Party. This is what happens when the (wildly non-majoritarian) Senate appoints judges — another rarity among developed democracies.

Dealing with the court will be much easier when and if the Republicans have been routed; though it would be an extreme and dangerous move justices might even be added to tilt the balance. I do not advocate that, necessarily, but there is a limit: life, and the ability of the US to function, is more important than propriety and procedure.

All around the world and across America, people are asking this week whether something will finally change. The question arises each time there is a spike in mass murders and the answer is always the same: no, because the Republicans and the NRA will ride out the anger and then flood the zone with propaganda. This is debilitating to America’s ability to continue to show leadership in the world; it looks more and more like a failed state.

Anyone in America who wants to see something change on this needs to take off the gloves, stop being polite with the manifestly impolite, and yes, politicize the debate. The Republicans are responsible for this unacceptable situation, just as they will be solely responsible if the Supreme Court in coming weeks acts as expected and despite widespread national opposition overturns Roe v. Wade and allows the states to ban abortion.

Anyone voting for them is complicit in continuing a gun madness that is America’s only unusual mental health issue.

Dan Perry is a guest writer for Universul.net