“Human trafficking is an open wound of contemporary society affecting the victims, sometimes irreparably,” he said.

The National Agency of Human Trafficking, the Romanian Orthodox Church, and the Bucharest City Hall signed an agreement on Thursday to tackle human trafficking and protect victims.

“Authorities, members of civil society, the church and everyone of us should join this effort,” the acting premier said according to Agerpres news agency. “Modern slavery is a scourge which must be wiped out. Freedom is a basic right of every person and a primordial value of humanity.”

This year’s annual US State Department Trafficking in Persons Report, published in June, noted Romania’s lack of progress in tackling human trafficking. Together with Ireland, Romania was the only EU country placed in the so-called Tier 2-Watch List in the State Department report.

In a statement, President Klaus Iohannis cited the Committee tasked with monitoring the implementation of the National Strategy for combatting human trafficking and with preparing and implementing inter-institutional multi-stakeholder action plans.

He called human trafficking “one of the most severe forms of crime and a gross human rights violation,” in his statement, adding the coronavirus pandemic had worsened the situation for victims.

“Disinformation campaigns have multiplied and have contributed to an unsafe environment for the victims of human trafficking. Against this complex background, victims are being exposed to heightened forms of exploitation and violence.”

Romania is determined to…. enforce a zero tolerance climate for such heinous acts,” and is . involved in developing international, multilateral and bilateral instruments to combat and prevent human trafficking. 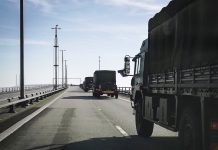 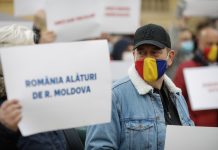