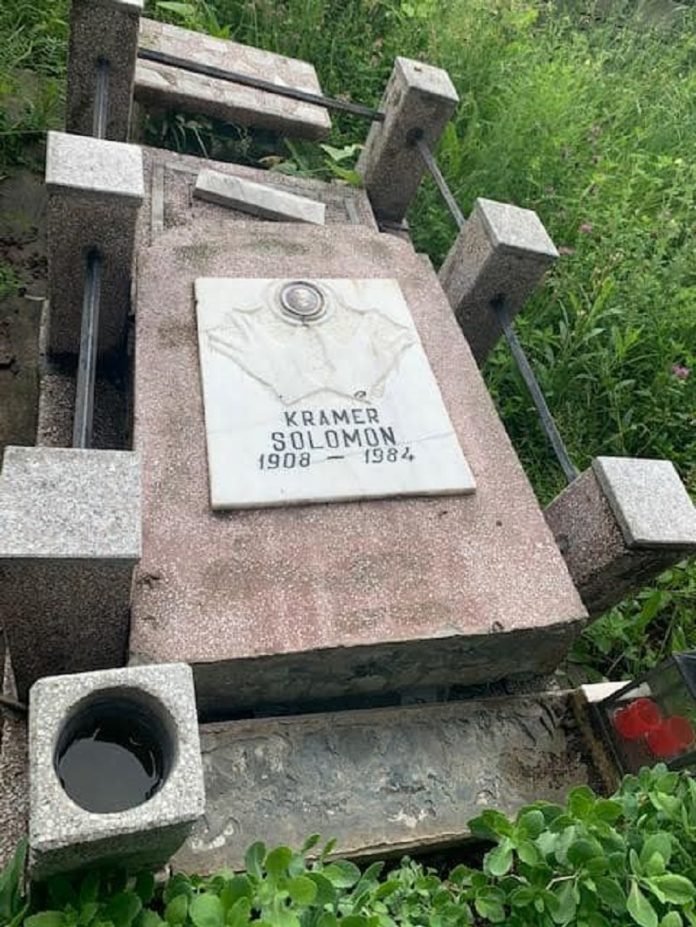 Romania police have started an investigation after 16 Jewish graves were desecrated in the southern city of Ploiesti.

Police said they were alerted to the vandalism on June 3. They said tombs had been desecrated, pulled apart and three were actually broken.

Authorities are investigating who vandalized the tombs. They are pursuing charges of profaning graves or corpses, the county police office said Sunday, News.ro reported.

Ploieşti city hall said a company in charge of cemeteries in the city would repair the damaged tombs.

Silviu Vexler, who heads Romania’s small Jewish community and is a lawmaker in the Romanian parliament, expressed outrage.

„A Jewish cemetery has been vandalized. Nearly 20 tombstones were demolished or destroyed. Again. One of the most abject acts possible, this time in Ploieşti, “he wrote on Facebook.

“What reason can there be for the destruction of some graves, for the attacks directed against the memory of some people who are no longer among us? Hate and stupidity, in the most miserable and absurd forms, are the only explanations I see for this crime.

“Every demolished tombstone is a testimony. Again. PS. : I’m curious. Was it the strong wind or the minors who are traditionally to blame (this time)? he wrote.

Seventy 70 Jewish graves were vandalized in the northeast area of Husi in March 2019, Police found that two teens were responsible for the profaning the tombs.

There is widespread ignorance about the Holocaust in Romania. It is taught as an optional subject in schools, and many are unaware about Romania’s role in the Nazi mass extermination of Jews, Roma and others.