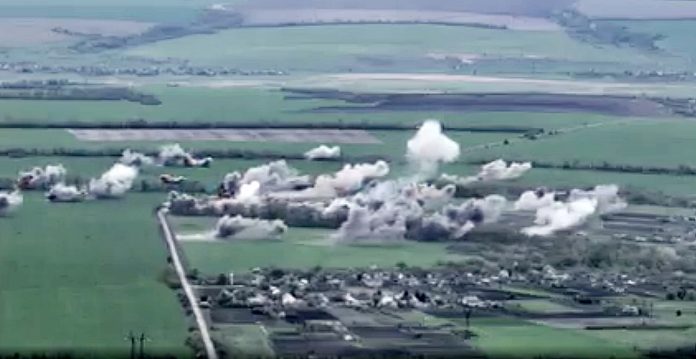 We tend to agree that journalists must cover what’s important, ignore that importance is subjective and news basically a business, and hope for a reasonable outcome. The Ukraine war has tested this brittle journalistic paradigm, and the results have been… reasonable.

The news media arrived at the war in a bedraggled financial state: Google and Facebook account for almost three-quarters of global digital advertising and growing and revenues are falling. One indicator is that reporting jobs at legacy US newspapers fell between 2008 and 2019 by 51% – a collapse that was even crueler in the ranks of foreign correspondents.

Moreover, the hardy souls remaining are exhausted from several decades of covering wars. While fewer than 20 journalist deaths were recorded in World War II, the Committee to Protect Journalists reports that over 200 journalists and media support workers were killed in during the Iraq war from 2003-2011 and at least 78 journalists in Afghanistan. Despotic government decimated them further: the International Federation of journalists found that 2658 journalists were killed from 1990 to 2020.

It risks breaking the will of journalists to take more chances – and yet they have: There are thousands of foreign journalists in Ukraine – an estimated 3,000 at the height of it.

Technology can mitigate the risks and difficulties: one can reach interview subjects more easily by cell or video calls; “citizen journalists” provide content (that needs verification, a new sub-skill); and drones (see this AP footage of areas held by Islamic State) diminish the temptation and need to go everywhere in person. Even so, at least eight journalists, including locals, have been killed in Ukraine, generally by Russian fire.

It becomes critical to know whether the audience is interested in this expensive and dangerous coverage. And in this, Ukraine has offered an interesting dynamic. Despite periods of waning interest, the war has remained among the most popular stories at  relevant sites in the US and UK since its start – close to the only international story that was among top content overall throughout.

So why is Ukraine so interesting? I’ll try to break it down.

First, it meets a key criterion for what makes people pay attention: personal stake. More than other wars it has exposed the degree to which the world is connected.  The war attaches to an energy crisis in Europe and supply chain problems everywhere and fears of famine in Africa and declining pension funds in America – alongside fears of a nuclear conflict. Everyone feels affected.

Second, there have constant developments, some surprising – which is as important in a news story as in fiction. The early gains and then embarrassments for Russia, the Bucha massacre, Mariupol siege, occupation of the Zaporizhzhia Nuclear Power Plant, the Ukrainian counteroffensive, the fake Russian referendums and brazen annexations, and now the liberation of Kherson. It’s not a war of attrition the way Yemen has become – and of course, the biggest surprise is that Ukraine might somehow win.

Third, we live in a celebrity age and this war is represented by two figures who have become A-list celebrities with qualities that come straight out of the movies.

Vladimir Putin is not just a standard-issue KGB officer who hijacked a country and plundered its resources, but also a cartoon figure whose suspected skullduggery ranges from journalists dying in elevators and spies being poisoned in London sushi restaurants to pesky oligarchs being arrested on fantasy charges while others are found dead in bathrooms, and from a former Ukrainian president’s face disfigured (by radiation?) to the underwear poisoning of a political opponent (while another is gunned down on a bridge); the icing on the cake is his bot army deployed on behalf of the American disruptor  Donald Trump.

That’s a spectacular story, but Volodymyr Zelensky’s may be an even better one. He is a former comedian who not many years ago pranced about in leotards on Dancing with the Stars, and who went from playing a bumbling teacher who becomes president on TV to actually being elected and emerging as a hero. It doesn’t hurt that in this David and Goliath story David is Jewish as well – in a country that has been no stranger to anti-Semitism. There will be movies about this showdown, and journalism is the promo.

So there was a decision to cover the war – unlike, say, the war in Tigray. But it certainly has not been easy.

For starters, only Ukraine can be covered (and that doesn’t include the Russian-held parts where access is nearly impossible). The Russia side is almost ignored, because the country has become a police state where the government lies, the media are domesticated, the courts enforce censorship and everyone is terrified. There’s no way of gauging true public opinion.

Also challenging is the presence of totally clashing narratives. Normally journalism struggles with this phenomenon and often throws up bothsidesim – presenting true and false versions with equal implied validity. But in this case that potential trap is mitigated by the fact that the Russian side is now perceived as lacking all credibility.

Moreover, most foreign correspondents and top editors are liberal humanists who are in shock at the cruelty Russia has manifested: massacres and targeting of civilians, indifference to global mayhem and its own people’s suffering, and the occasional smirking suggestions about a nuclear accident or use of doomsday weapons –  which broke a taboo respected since the dawn of the nuclear age.

If anything, the danger is that all this might cause journalists to forget to note that there actually are parts of the Russian narrative that might be worth examining.

To begin with, the internal borders of the Soviet Union – which 30 years ago yielded new countries like Ukraine –  were purposely designed to create a chaotic mix of ethnicities. The aim was to saddle the republics with Russians and a mix of ethnicities that would complicate any effort on their part to break away as countries. There is little sympathy in the West for changing borders – but that doesn’t mean that there aren’t parts of Ukraine which, if not for decisions by dictatorial Soviet leaders, could certainly be in Russia. Understanding this need not justify war crimes; it just teases out something Western audiences don’t know.

Second, it is not insane for Russia to oppose Ukraine joining NATO. Sure, Ukraine is independent, but so are Mexico and Canada. What would the US have done if either of them aligned with the Soviets or even today’s Russia? It may not have invaded, but certainly would have made every effort to discourage.

Is Russia a power whose similar wishes must be respected (especially since the West did offer Russia assurances that NATO would not expand westward)? It’s currently such a horribly run country that most observers think it must, if anything, be tamed. And it only has 2% of the world’s GDP, compared to a third for the US. But it is a major nuclear power, a profound civilization and the largest landmass in the world. Readers should be aware.

What’s the lesson of all this?  To me, it’s that in Ukraine as elsewhere, we need more than just facts-based reporting.

People say they want just the facts (they also say they don’t like click-bait) – but sophisticated readers understand that the selection of facts requires subjective judgment as well. It’s inescapable.

And we need straight-up analysis as well. It is a public service that the public wants: people engage with opinion and analysis more than with the world news sections as such. Those opinion sections have analyzed and advised on key questions that are at stake – such as whether to call the nuclear bluff, and whether the hunger of a dictator could (and should) ever be appeased.

The media’s role as a platform for this discourse is a great thing. As the world becomes more complex, connect-the-dots journalism becomes something of a holy grail: both a public service, and a product  people want. 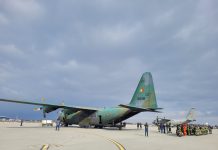 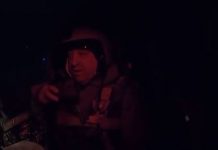 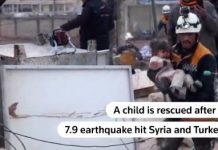