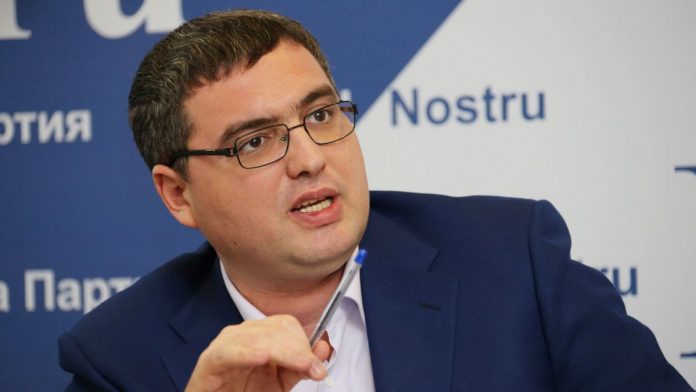 Moldova’s president is a „symbol of corruption” according to a presidential candidate whose electorate could decide the outcome of a presidential runoff this weekend in the former Soviet republic.

President Igor Dodon who favors close relations with Russia faces Maia Sandu, a former World Bank economist running on an anti-corruption ticket in the Nov. 15 runoff in the impoverished country of 3.5 million.

Renato Usatii who came third with 17% of votes in Nov. 1 first said Moldova needed to get rid of „thieves and robbers” and have early elections after the runoff in an interview with independent.md.

The 42-year-old mayor of Balti, Moldova’s second-largest city was generally considered to be pro-Russian prior to these elections but now says Moldova needs to have good relations with Moscow and the European Union.

He has been critical of Mr. Dodon, 45, whom he blames for triggering a financial fraud investigation against him in Russia.

This week, he met Ms. Sandu, a former prime minister, who surprisingly came first in the first round with 36.16% of the votes. They discussed “liberating Moldova from thieves and robbers,” he said.

Opinion polls put the former prime minister ahead, but the runoff is likely to be very close, and Mr. Usatii’s votes are seen as crucial.

Mr. Usatii said he was prepared to talk to anyone about fighting corruption except for the  Moldovan president, Independent.md reported.

He said: “How is it possible to hold talks with Dodon about the anti-corruption fight when he and ‘the robber’ are the symbol of corruption.”

But he stopped short of telling his electorate to vote for Maia Sandu in the Nov. 15 runoff.

“Everyone should decide for themselves what they want the symbol of Moldova to be for the next four years.”