Moldova’s incoming president, Maia Sandu called for Russian troops to withdraw from the breakaway region of Trans-Dniester on Monday a move Moscow said could ‘destabilize” the region.

The 48-year-old former World Bank economist who is considered a reformist, defeated the pro-Russian incumbent Igor Dodon in the Nov. 15 runoff of Moldova’s presidential election

Russian President Vladimir Putin congratulated Ms. Sandu, but her victory signals a loss of influence for Moscow in the former Soviet republic of 3.5 million, located between Ukraine and EU member state Romania.

Ms. Sandu did not campaign against Moscow and struck a conciliatory tone after her victory. But on Monday, she called for Russian troops in the breakaway region to be pulled out and replaced by civilian monitors under the Organization for Security and Co-operation in Europe or OSCE.

However, Kremlin spokesman Dmitry Peskov warned that such a move could ‘destabilize”  regional security.

“We hope that all of this will be discussed and there won’t be any sudden moves,” Kremlin spokesman Dmitry Peskov told reporters, according to the state-run TASS news agency.

Trans-Dniester split from Moldova in 1990, before the breakup of the Soviet Union, fearing the country might reunite with neighboring Romania, of which it was a part until 1940.

Separatists fought a brief war with Moldova in 1992 where 1,500 died. It is not internationally recognized even by Russia.

There are an estimated 1,000 Russian troops guarding more than 20,000 metric tons of  Soviet-era ammunition at a decommissioned depot in Trans-Dniester.

Hundreds more are deployed in a demilitarized zone as part of a Moldovan-Trans-Dniestran-Russian monitoring commission.

The incoming president told reporters she wanted dialogue, but added: „We are an independent country that does not want foreign troops to stay on its territory.”

Romania postpones shutdown of nuclear reactor due to icy spell. Energy minister says without the plant, Romania would need to import electricity 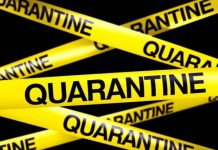 Covid-19. Travelers from 48 ‘high risk’ countries need to quarantine when they enter Romania 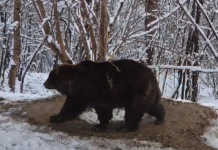