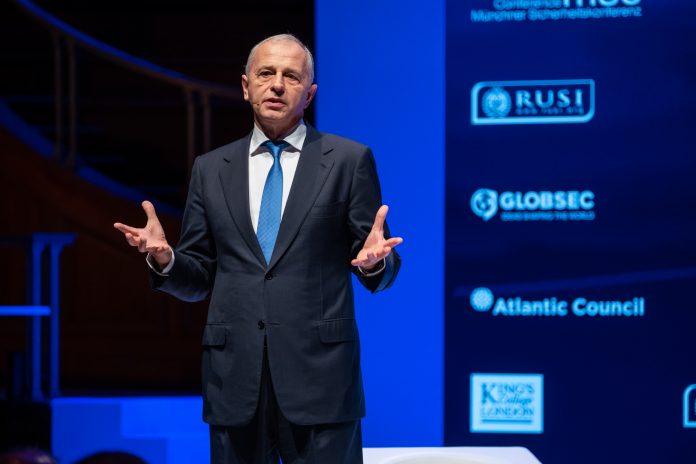 “(Russia) should stop using NATO  as a pretext for the obvious intention of recreating spheres of influence in Europe. … We are seeing an unusual buildup of military power,” he said.

“Let us say this very clearly. Russia needs to stop escalating and to understand that dialogue and diplomacy are necessary,” Mr Geoana, who is Romanian, told Digi24.

„We don’t know what game (President Vladimir) Putin is playing. But the build-up of military force means a risk. We hope that the military option won’t be used against Ukraine,” he said. „We hope this isn’t the case (but) it’s concerning.”

Last spring when Russia massed thousands of troops along its border with Ukraine, rumors swirled that the Kremlin might launch a big new offensive seven years after it seized control of Crimea and fomented a separatist war in the Donbas region that still continues.

„There is an avalanche of disinformation from the Russian Federation coming our way,  about Covid, about other things, around election time. (It’s) intolerable,” the NATO 2nd in command said late Monday.

“Tensions have ratcheted up which Russia and Belarus are using against us, including massive disinformation, fake news,” he added.

NATO and the European Commission are working “day in, day out” at a unit that combats disinformation.

„This ‘game’ has its limits, and the moment you try to influence the outcome of a democratic presidential or parliamentary election is unacceptable.”

“We are worried about traditional threats, ultramodern missiles…. We are watching the use of latest generation anti-satellite weapons. In the cyber zone, the space zone, the disinformation zone, the hybrid war zone, and the traditional military zone, including to the level of nuclear (threat).

Ukraine’s top diplomat says any Russia attack will involve Black Sea region. ‘We are relying on the EU and NATO to take an active role’