As Russia’s attack on Ukraine continues, NATO has been strengthening its presence along its eastern flank.

The alliance decided to set up four new battlegroups in southeastern Europe, following a NATO summit on Feb. 24, The four battlegroups, which are still being assembled, will be based in Bulgaria, Romania, Hungary, and Slovakia.

The new battlegroups will join the four that were established in Estonia, Lithuania, Latvia, and Poland in 2017 as a response to the deteriorating security situation in Europe following Russia’s annexation of Crimea in 2014, Business Insider reported.

NATO also decided to strengthen its four northern battlegroups and „enhance the multinational battlegroups from battalions up to brigade size, where and when required.”

NATO now has some 40,000 troops under its direct command in Eastern Europe of which 30,000 are in those eight battlegroups.

The battlegroups’ sizes vary considerably: Hungary’s has 900 troops, whereas Poland’s has 11,600. The size and composition is „tailored to specific geographic factors and threats,” NATO has said, but logistical demands and political factors also affect their makeup.

NATO calls the establishment of the eight battlegroups”the biggest reinforcement of Alliance collective defense in a generation.”

The battlegroups are multinational forces permanently stationed in the host country and designed to operate alongside and strengthen that country’s military in case of conflict. They are supported by units from NATO-member militaries that rotate through the host country but remain under the direct command of their home country.

Russia still has working relations with NATO members Hungary and Bulgaria, which will host two of the new battlegroups. Hungarian Prime Minister Victor Orban is seen by some analysts as one of Russian President Vladimir Putin’s closest supporters in NATO.

Hungary had refused to accept NATO troops, with its foreign minister saying before Russia attacked Ukraine that Hungary’s military could defend the country.

Following Russia’s invasion, Hungary was persuaded to host a few hundred NATO troops in a battlegroup that it would lead.

In February, just days before Russia launched its attack, Bulgaria’s defense minister said his country would only accept a few hundred NATO troops for a battlegroup that it would lead and which would only conduct exercises. 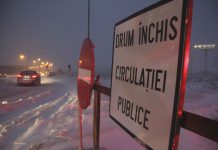 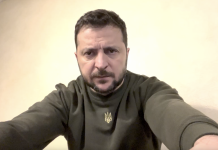